UK school inspectors to ask Muslims girls in hijabs why they wear the Islamic garment...??? 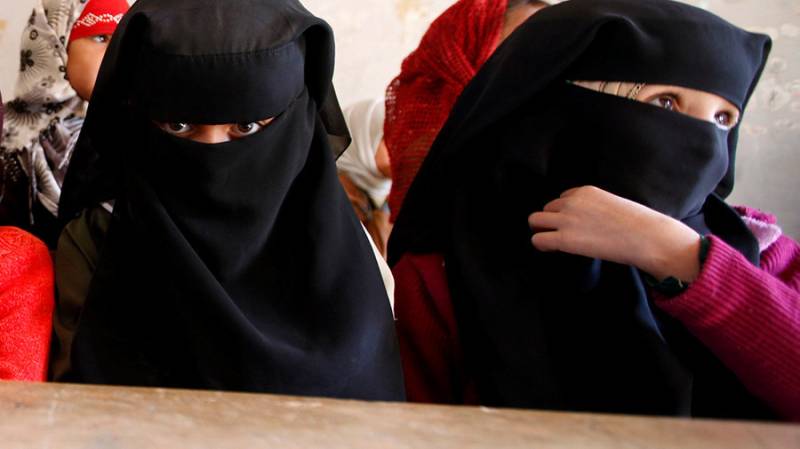 LONDON - School inspectors will grill Muslim girls wearing hijabs in primary school in the UK to find out why they cover their heads and make sure they are not forced to wear the Islamic garment by parents or schools.

The reason given for wearing hijab will be recorded in school reports, Amanda Spielman, the chief inspector of schools, said as she announced the move on Sunday, The Times reported.

Spielman said the measure was partly triggered by Muslim women and secular campaigners calling for a ban on the wearing of hijabs in primary schools. Activists told her that girls as young as four were being dressed in hijabs to go to school, with some worried that the rise of the classroom hijab could be a sign of Islamic conservatism asserting itself in the UK.

Spielman said there are also mounting concerns that primary school hijabs could end up sexualizing girls, as the religious garment is traditionally worn when Muslim girls reach puberty as a sign of modesty in front of men.

Some schools could be in breach of equality laws if girls are required to wear religious dress and boys are free to wear anything they want, Spielman said.

“In seeking to address these concerns, inspectors will talk to girls who wear such garments to ascertain why they do so in the school,” the chief inspector said, urging parents and the public to complain to head teachers if they think schools fail to treat girls and boys equally.

According to a study conducted and released by The Times in September, at least 18 percent of 800 primary schools surveyed in 11 regions across the UK allow the hijab as part of the school uniform.

A study by the National Secular Society (NSS) found in late September that more than two in five Islamic schools in the UK that accept girls require them to wear a hijab as a school uniform. It means that as many as 42 percent of Islamic schools, including 27 primary schools, have a uniform policy stating that the hijab is compulsory.

In some cases, the requirement is very explicit, the NSS noted, adding that at Feversham College in Bradford, the policy states: “It is very important that the uniform is loose fitting and modest and that the hijaab is fitted closely to the head. The College uniform is COMPULSORY” (sic). Girls at Al-Ihsaan Community College in Leicester are told they must wear either a “jilbaab or niqab.”

To raise the alarm, the NSS wrote a letter to the Secretary of State for Education, Justine Greening, calling for the government to ensure girls from Muslim backgrounds are encouraged to have a choice, rather than forced to cope with ‘modesty’ codes imposed on them. “All schools have a duty to ‘actively promote’ individual liberty, to ensure young people leave school prepared for life in modern Britain,” the letter said.

“The forcing of a child to wear the hijab, or any other item of religious clothing, is entirely at odds with this fundamental British value and with wider human rights norms on children’s rights,” it added.