US re-imposes 'unilateral' sanctions on Iran 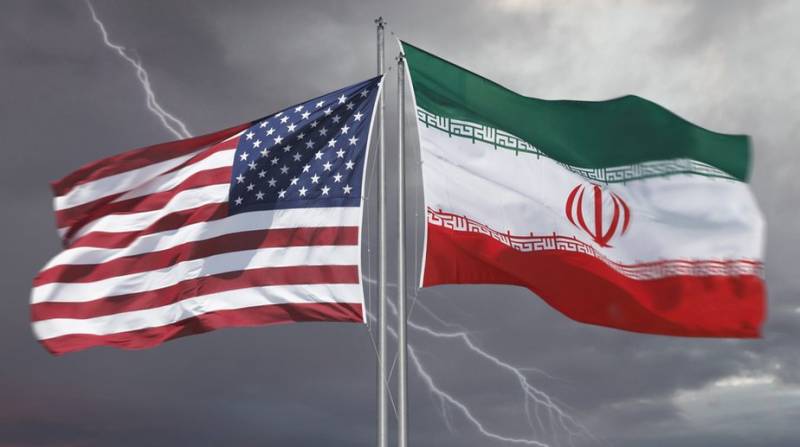 WASHINGTON - The White House has re-imposed sanctions on Iran lifted under the nuclear deal despite global outcry.

The first batch of sanctions, which took effect at 12:01 am Tuesday (0401 GMT), target Tehran's purchase of US banknotes, trade in gold and other precious metals, as well as the use of graphite, aluminum, steel, coal, and software used in industrial processes.

They will also affect transactions related to the Iranian Rial, the issuance of sovereign debts, and the country's automotive sector.

Another round of sanctions, to be reinstalled on Nov. 5, will be on Iran's port, energy, shipping and shipbuilding sectors, its petroleum-related transactions, and business deals by foreign financial institutions with the Central Bank of Iran.

The Trump administration will also relist hundreds of individuals, entities, vessels, and aircraft that were previously included on sanctions lists.

The United States is working with allies to pressure the Iranian regime and achieve an agreement that denies all paths to a nuclear weapon.https://t.co/YQtmSA9hZX pic.twitter.com/qIUskRMfMC

Washington said it decided to re-impose tough sanctions on the Iranian government when it declared to leave the Iran nuke deal in May. It also laid out two wind-down periods of 90 days and 180 days for business activities in or involving Iran.

The latest sanctions were re-imposed after Monday, the final day of the 90-day wind-down period.

Accusing Tehran of having "exploited the global financial system to fund its malign activities," the White House said "the Trump Administration intends to fully enforce the sanctions reimposed against Iran, and those who fail to wind down activities with Iran risk severe consequences."

In a statement, he urged all nations to "reduce or end imports of Iranian crude oil" to join in the U.S.-led "maximum economic pressure" campaign on Tehran to force it to change behaviors.

He also attacked the Iran nuke deal, saying it was "horrible, one-sided" and had failed to protect U.S. national security.

However, Trump said, "I remain open to reaching a more comprehensive deal" that addresses the full range of Iran's activities, including its ballistic missile program and its accused "support for terrorism."

"The United States welcomes the partnership of likeminded nations in these efforts," he said.

Iran's President Hassan Rouhani said Monday that the Iranians would make the United States regret for re-imposing sanctions against the Islamic republic. "Through unity and solidarity, the Iranians will weather away the return of sanctions," Rouhani said.

"Trump will learn that these kinds of pressures did not surrender Iranians in the past and will never do so in the future."

Rouhani also said that the US administration "is not trustworthy for any negotiations" after its withdrawal from the Iranian nuclear deal.

"Talks need honesty," the Iranian president said in a televised speech on Monday, urging the United States to prove its will to solve problems through negotiations.

"Negotiations with sanctions don't make sense," he stressed, noting that Trump's recent call for direct talks with Iran was only aimed at creating division in the country.

Earlier on Monday, the European Union (EU), Britain, France and Germany said in a joint statement they would maintain economic ties with Tehran, and "are determined to protect European economic operators engaged in legitimate business with Iran."

Saying the Joint Comprehensive Plan of Action (JCPOA) is working and delivering on its goal, the statement noted that the deal "is a key element of the global nuclear non-proliferation architecture, crucial for the security of Europe, the region and the entire world."

"This is why the European Union's updated Blocking Statute enters into force on Aug. 7 to protect EU companies doing legitimate business with Iran from the impact of U.S. extra-territorial sanctions," it said. "Preserving the nuclear deal with Iran is a matter of respecting international agreements and a matter of international security."

The statute also allows EU companies to "recover damages arising from such legislation from the persons or entities causing them, and nullifies the effect in the EU of any foreign court rulings based on it."

Earlier, Turkey and India, both long-term business partners of Iran, also voiced their opposition against US unilateral sanctions.

US-Iranian relations have been at odds as the Trump administration left the historic Iran nuclear deal, delegitimized its government, vowed to re-impose sanctions on the nation and pressed other nations to cut down their purchase of Iranian oil to zero.