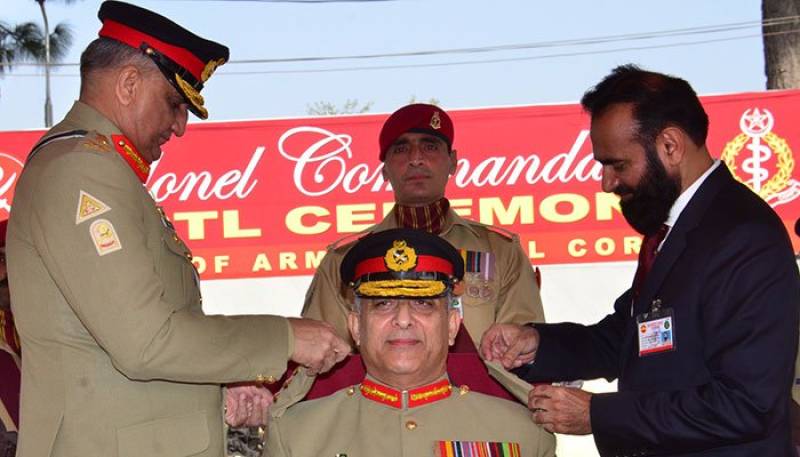 Later, while interacting with the commanding officers and soldiers of Army Medical Corps, the COAS appreciated contributions and service of doctors and paramedic staff in providing quality healthcare to Pakistan Army, as well as common citizens.

He particularly lauded the role of Army Medical Corps in saving valuable lives in the war against terrorism.

Earlier, upon his arrival, COAS Bajwa laid a floral wreath at Yadgar-e-Shuhada and offered prayers for the martyrs.