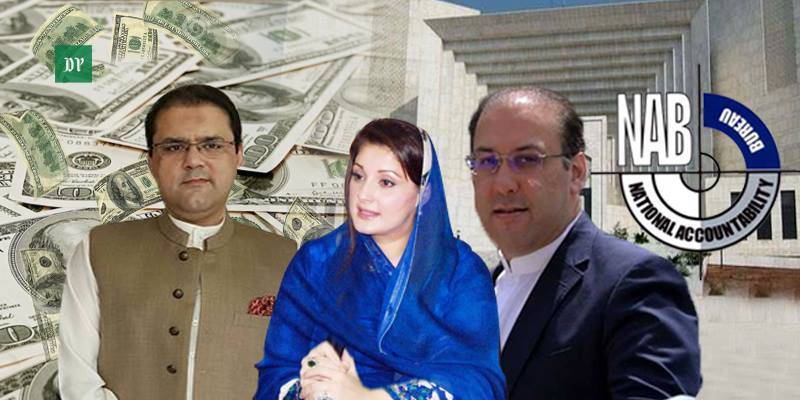 The former first daughter while talking to newsmen after the accountability court judge Muhammad Bashir framed charges against her expressed that the appointment of monitoring judge by the supreme court was against the basic human rights.

“Those who have turned the accountability into revenge should also be held accountable. None is above the law,” she said.

She also dismissed the reports of rifts in the Sharif family claiming that there were no differences but ‘difference of opinion’ in the party affirming that everyone in PML-N had trust in the leadership of Nawaz Sharif.

Earlier, in an informal conversation with newsmen inside the accountability court Maryam clarified that the former Prime Minister Nawaz Sharif, who is in London, would be arriving back in Pakistan by the end of the current week or next week.

ISLAMABAD - The accountability court on Thursday indicted members of Sharif family in corruption reference filed by the ...

The former first daughter said that her mother Kulsoom’s health was improving and she was undergoing chemotherapy.

Taking a jibe at the accountability court proceedings, where Maryam and her husband Captain (r) Safdar appeared regarding the corruption references filed by the National Accountability Bureau, she expressed that it was for the first time that Sicilian mafia was appearing before courts.

"First they awarded us a punishment and then the trial started," said Maryam while referring to the disqualification of Nawaz Sharif in the Panama papers case.

Meanwhile, the accountability court rejected the petitions filed by members of Sharif family including Maryam and Nawaz Sharif seeking a postponement in the trial.