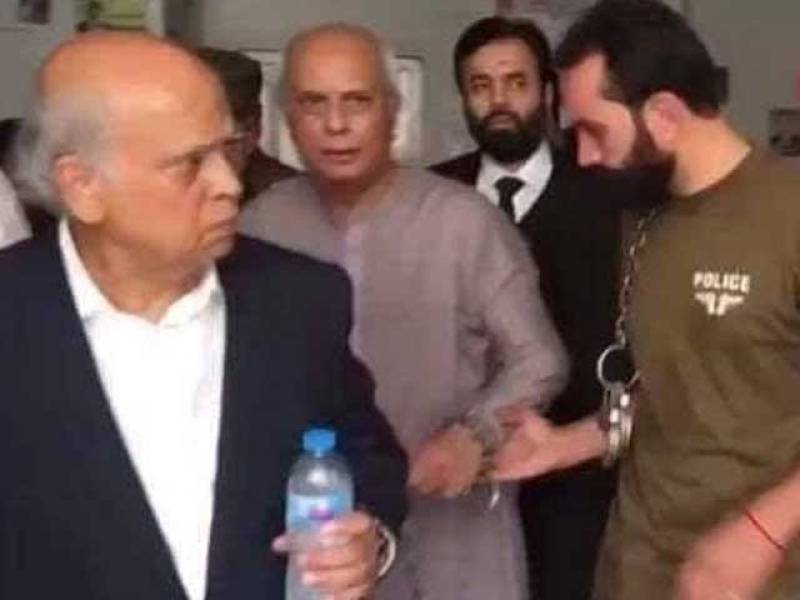 Well within a week after the world paid homage by celebrating Teachers’ Day, National Accountability Bureau’s unethical, insulting and shameful act of producing some of the most senior teachers in NAB court in handcuffs portrayed the reality. For a teacher, living with dignity in a country where encounter specialists, terrorists, usurpers, rapists and political predators have become the most respectable is impossible.

History speaks volumes about the role teachers have played in transforming the ordinary into the extraordinary:  every civilization, religion, nation and community derives its strength, norms, ethics and morality from a mentor. From the prophets to legendary philosophers all were teachers. Holy Prophet Muhammad (PBUH) is the greatest, the wisest and the most learned teacher of all. Whereas in European society Socrates and Plato as teachers enjoy the level of dignity that can never be imagined by any other professional.

Professor Kamran Mujahid, Ex VC Punjab University, along with his fellow professors was humiliated in the worst possible manner by the NAB. They were handcuffed while a chain connected to the handcuff was held by a security officer. The offending scenes troubled many but we must ponder upon the reasons which have brought our teachers to this disgrace. Who is responsible for such humiliation? The answer is rather complexed for the greatest responsibility lies on the teachers’ shoulders besides the society, media, education system, parents and political polarization.

Teachers themselves have played a pivotal role in degrading himself. Now, this doesn’t mean that the ill-treated ones are also included in those who have harmed the stature of a teacher. Only a couple of decades ago, an instructor riding a bicycle to school had more respect in his pupils’ eyes than their parents. Then what happened that snatched this dignity from our teacher in such a rapid manner. The most dominant factor behind this disgrace is the inappropriate attitude, incompetence and dishonesty of some of the teachers.

Another main reason behind such treatment is the dominance of the materialistic nature of the society. Nowadays, a majority of people residing in the land of pure gives more respect to money, as a result, our mentors and role models are property dealers, murderers, land grabbers, corrupt politicians and crooked officers. This leaves no place for the teachers since the chasm of value between the educators and these criminals is vast to the extent that it seems impossible to be abridged.

There are innumerable examples depicting permissiveness of country’s law enforcement agencies as well as of the judicial system. Rao Anwar, a predator, famous for extrajudicial killings was never produced handcuffed in the court. Contrarily, he had all the possible liberties. All the judicial system and Police failed to take its course against a treacherous murderer. Model Town Massacre is yet another example of social cruelty.

Had a group of teachers fired those bullets to kill the innocent people in Model Town, the justice must have been done in haste. But those murderers were patronized by the corrupt ruling elite, therefore, no one has the power to challenge them. Likewise, Ishaq Dar, Ex-Finance Minister of Pakistan, is a declared absconder. In addition, he was provided a private jet by the then Prime Minister of the country Mr Shahid Khaqan Abbasi to cross the borders of the land.

In European countries, a teacher is considered among the most respected people. Moreover, teachers’ salary in these countries and Japan is on the high end. Even the judge stands in the court to honor a teacher if one happens to appear before the court.

According to a survey, teaching is the most valued job in China, Turkey, South Korea and Egypt where parents try their utmost to encourage the kids to become a teacher.

Our culture and religion put the teachers on a high pedestal, but the ever-increasing absence of civic sense has soiled our society. A majority of our society believes that knowledge can be bought by money. Unfortunately, this perception is a result of the inappropriate attitude of our teachers who take this sacred profession for granted. Some of the educators and institutes just take the fee and instead of fulfilling their duties, keep passing time. Furthermore, this tuition system has played a great role in pulling the builders of the nation from the pedestal of dignity.

Contrarily, a teacher isn’t a symbol of respect, morality or a mentor in our society instead parents and kids are of the opinion that a teacher is like a robot who is ever ready to offer his services for money. Oft times the crash course of 3 months is offered to students by academies which undermine the value of a regular teacher who is a role model, a mentor and a spiritual father.

Chief Justice of the Supreme Court has taken notice of this humiliation on teachers by NAB, let’s wait and see what the result will be. But the realization of the factors leading to this humiliation is of primary level since punishment or consideration of an issue just because it has been highlighted by the media isn’t the solution.  Drastic measures are required to upgrade the society as the intricate fabric of society has already been disintegrated.

NAB seriously needs to be overhauled!