The chain reaction connected to the senate elections 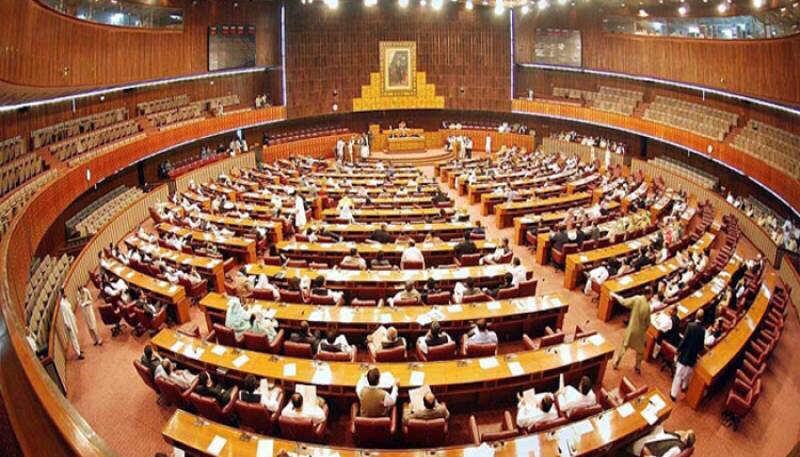 The results of the recently held Senate elections obviously do not represent popular sentiments against or in favour of any political party. The outcome of the Senate polls was largely based on 2013’s general elections with members of the National and provincial assemblies being its electorate college. At the heart of the controversy, however, have been the alleged manipulations undertaken over the course of recent months by major power players in political and military establishments to determine the final outcome of Senate elections and subsequent polling for the offices of Chairman and Deputy Chairman of the Upper House of the Parliament. The discreet and indiscreet floor-crossing and horse-trading first by MPs and later by Senators themselves in the elections do indicate a foreseeable pattern of rigging in forthcoming general elections which historically have been rigged almost each time with few exceptions.

Pakistan’s politics is largely driven by dark facts surrounding the corridors of powers where moral values do not matter much. The lofty ideals being propagated by the ruling party to have undertaken the struggle for the cause of democracy or sudden infatuation of Opposition parties to struggle for the rights of smaller provinces like Baluchistan by giving it a greater representation in the Senate, is a mere lip service meant for public consumption only. The defeat of the candidates of the ruling alliance was a by-product of a time barred alliance between Pakistan People’s Party (PPP) and Pakistan Tehreek Insaaf (PTI). Few days long tactical alliance between the PTI and PPP is now over after Raja Zafar ul Haq and Mohammad Usman Kakar, candidates of the ruling alliance, lost to the combined opposition-backed independent candidates Sadiq Sanjrani as new Chairman Senate and PPP’s Saleem Mandviwalla as Deputy Chairman of the Senate.

The alleged footprint of the country’s military establishment behind the scene on the very outcome of Senate elections looms large. The deep-state was not willing to risk allowing the nominee of the disqualified Prime Minister Nawaz Sharif to occupy the top Senate offices or to gain the enough number of Senators who could have potentially legislated in the Upper House of the Parliament to bring back Nawaz Sharif to the seat of power in any foreseeable future.

The former premier has been a lingering source of concern for the establishment which finds him to have been mutely hostile to its regional geo-strategic policy on Afghanistan and Indian held Kashmir. The military establishment is now bearing the brunt of its regional policy after a systematic and sustained US and Indian campaign to isolate Pakistan internationally. The US is engaged in bullying tactics to pressure Islamabad into bringing Afghan Taliban on the negotiating table on its unreasonable terms and conditions to surrender over 50 percent territory which the US led NATO and Afghan forces have lost to the Taliban in an undeclared defeat in the battlefield in 17 years long insurgency in Afghanistan. Therefore, the establishment would try to discard those politicians who may be potentially against the indirect geo-strategic gains Pakistan has made over the years to counter Indian influence in Afghanistan and reigniting an indigenous uprising in Indian occupied Kashmir. It would use any politician even in the form of Asif Zardari who himself played a far bigger role in Memogate scandal in reversing the country’s geo-strategic policy on Afghanistan when he was President in 2011. But now the political scenario has changed, and Zardari led the show to have allegedly purchased the loyalties of MPs and Senators with the backend support of the Establishment particularly in Baluchistan.

The quiet process of fragmentation of the ruling Muslim League started after the Supreme Court ousted Prime Minister Nawaz Sharif in July last year over his confessions to have concealed his overseas assets, an offence treated by the law of the land as “corruption and corrupt practices”.

An engineered revolt in January this year in Baluchistan was the starting point to secure desired results in the Senate elections. Almost all 21 MPs of the ruling party rebelled against the then Chief Minister Sanaullah Zehri who was replaced by Mir Abdul Quddus Bizenjo in Baluchistan. Bizenjo apparently backed by PPP’s co-chairman Asif Zardari with behind the scene support of the establishment won six seats of independent Senators including Sanjrani who was virtually parachuted to the office of the Chairman Senate despite having no previous experience to attend or conduct parliamentary proceedings. The change of guards in Baluchistan was no surprise. In the country’s southwestern province, tribal lords and influential elite traditionally change their loyalties the moment they see the beginning of an end of ruling party. The desertion within PML-N would not stay confined to Baluchistan and there are more odd signs for Nawaz Sharif now to lose support from within the party after the Senate elections.

To the surprise of many, several Senators of the ruling party and those of its allies are suspected to have cast votes against their own candidates for the top offices of the Senate. This has followed Senate elections for 52 seats with almost every political party crying foul. As many as 18 members of the treasure benches in Punjab Assembly are suspected to have voted against the candidates of their own party. The ruling Pakistan Muslim League (PML-N) lost one out of 12 seats to the PTI’s Chaudhary Mohammad Sarwar from Punjab. This reflects alleged ingrained trend of horse-trading and underlying intentions of many MPAs to desert the ruling party at an appropriate time before forthcoming general elections.

What would matter before more desertion happens?

Since the ouster of Nawaz Sharif from the corridors of power, PML-N has been camped into two groups--- one headed by Shahbaz Sharif , the Chief Minister of Punjab who has been noticeably against other group being led by Nawaz Sharif, his daughter and few others abusing the judiciary and blaming the military for the entire mess, Sharif family has been through following Panama Paper scandal from 2016 onwards. The fact that Shahbaz Sharif has formally taken over as head of ruling party, may bring comfort to many within the establishment. However, his vulnerability to side with his elder brother in critical decision making if he becomes the Prime Minister after forthcoming general elections, may not let him win the support of those who have traditionally mattered in making and breaking the governments in Pakistan.

Not everyone within the governing party is opposing Nawaz Sharif out of their love for judiciary and the military, but they are pragmatic and want to remain glued to power after forthcoming general elections. They fully understand the consequences of an offensive posturing by the ousted Premier against state institutions and the real worth of the party which has always been brought to the power with “thumping rigging” that subsequently was projected in the media as “thumping majority” in the general elections of 1990s, 1997 and 2013. Now Nawaz Sharif fears similar favours to Imran Khan in forthcoming general elections. His fear even led him to publicly warn that a plan is underway to engineer the electoral victory for the establishment’s “Ladla” (blue-eyed) Imran Khan in general elections expected this year. Such warning by ousted premier would only persuade traditional electable MPs and MNAs “the migratory birds” in PML-N to switch over to PTI.

The Supreme Court has undoubtedly disqualified Nawaz Sharif on merit. And this merit is going to trickle down this time onto the Accountability Court which is trying Nawaz Sharif and his daughter and others on money laundering charges. Given the plausible evidence of money laundering and their foreseeable inability to legally explain the sources of wealth with which they built offshore empire and business assets in the Middle East, Britain and British Virgin Land, they are likely to be behind bars sooner than later. Their properties may be confiscated in a matter of weeks when the trial court is expected to hand down an adverse judgment. Once it happens, many potential electable MPs and MNAs may bid farewell to the ruling party which has been wrongly projected through the sheer force of propaganda by a group of media to have gained public sympathies over disqualification of Nawaz Sharif.