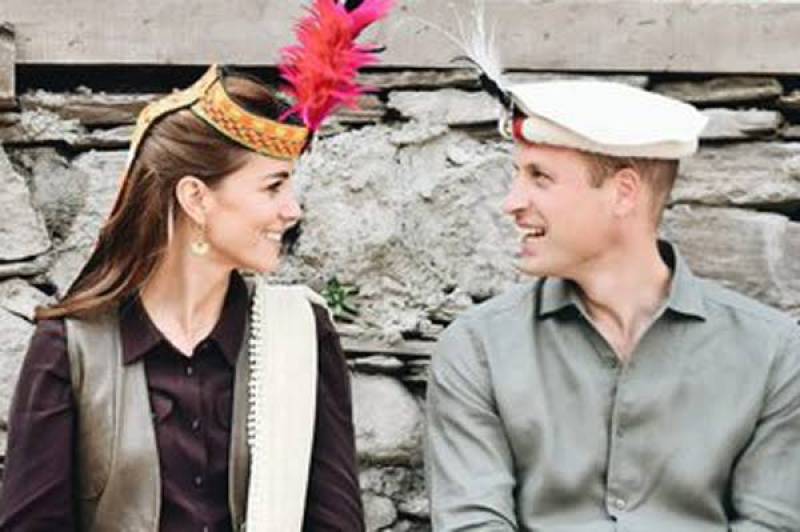 NEW YORK - A leading American newspaper has described the just-concluded trip to Pakistan of Britain's Prince William and his wife Kate Middleton as "highly successful", and said it underscored the effectiveness of fashion as a tool of diplomacy.

"It has been, by all accounts, a highly successful five days of outreach. They met with Prime Minister Imran Khan! And schoolchildren! Played cricket! Saw many sights!", The New York Times's fashion director and chief fashion critic, Vanessa Friedman, wrote in an article interspersed with coloured photographs of the couple's engagements during the first royal visit to Pakistan in 13 years.

Meanwhile, in an interview with CNN, Kate Middleton said her tour of Pakistan with Prince William was "really special."

"It was amazing seeing some of the geographies yesterday, but then to see some of the community activities today has been really special," she said, Prince William standing alongside her.

In her piece, Ms. Friedman of The New York Time said, "From the moment they stepped off the plane, the Duke and Duchess Of Cambridge (O.K., mostly the Duchess, but he played his part too) signalled their intent to allow the quadrillion pictures taken of them to speak louder than the words they uttered mostly behind closed doors.

Their clothes made silent statements cross-border respect, cultural awareness and outreach. No detail, or earring, was overlooked.

"Witness the aquamarine-to-silver draped-neck dress by Catherine Walker with matching pants, a bridge between a tea dress and a shalwar kameez, which the Duchess wore to deplane at Nur Khan airbase on Monday.

"Witness the jade-green A-line jacket by Ms Walker worn over white pants by Ms Khan, which the Duchess donned to meet the prime minister, an embroidered dupatta tossed over her shoulder".

"Witness the emerald sequined Jenny Packham chosen for a reception at the Pakistan National Monument, which happened to be the green of the Pakistani flag, and which matched the sherwani, a traditional long coat, by the Pakistani designer Naushemian, worn by her husband". "(The couple has long been adept at colour-coordinating their appearances for maximum image-making harmony.)" "And there was more. So much more: earrings by Zeen, a Pakistani high street brand; another shalwar kameez by Gul Ahmed; a kurta by Élan Pakistan; a dupatta by Bonanza Satrangi; a coat from Beulah London. The clothes came at all price points and were often worn in concert: a little British style here, a little Pakistani there. The reaction was, almost entirely, ecstatic. Designers tweeted their excitement at being chosen. Observers applauded. Chroniclers of What Kate Wore went into overdrive."

"Part of this, obviously, came from the boost given to local industry conferred by the Duke and Duchess, whose patronage can make national names known on the international stage. That’s always a welcome thing..."