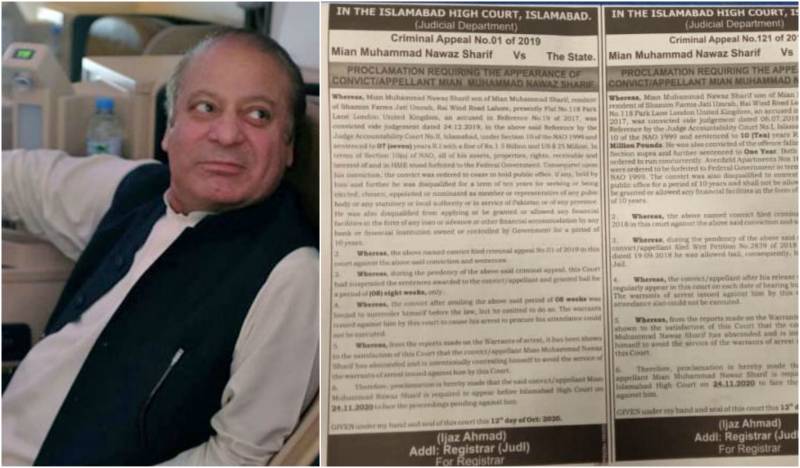 Sharif, 70 who is currently in London, has been given till November 24 to appear in court. The notice said that Nawaz is absconding and trying to hide from the legal proceedings.

Additional registrar of the Islamabad High Court issued the advertisement and it has been featured in Lahore city pages.

On October 8, the Islamabad High Court ordered that the advertisements will be posted in the two of the local newspapers, adding that the fees will be paid by the federal government.

PTI government allowed Sharif to leave the country after Islamabad High Court had granted him bail in October 2019. PML-N founder then left for Britain after suffering from a low platelet count.

The bail of convicted Nawaz Sharif expired in February 2020. Last month, the IHC issued non-bailable arrest warrants for Nawaz but the warrants were not received by the ex-premier.