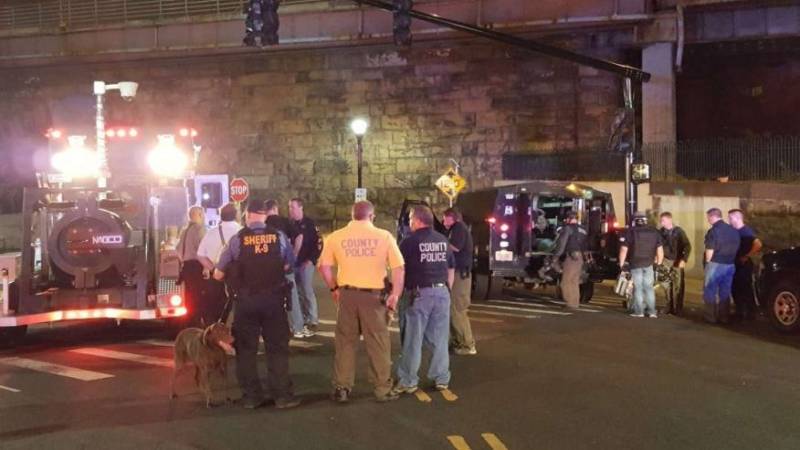 NEW YORK - A loud blast was reported on Monday in Elizabeth, New Jersey while authorities were examining a suspicious package found outside a train station.

According to the Fox News, the explosion took place when a robot was trying to defuse the explosive material present inside the packet. No one was hurt in the incident.

Police officials said that locals had informed them about the presence of the suspicious package – carrying wires and other stuff– outside the train station on Sunday night.

The Union County bomb squad's robotic device was "cutting into the device" and suddenly it went off.

Another official told newsmen that it was a controlled device blast, while adding four other explosive devices were also present inside the package.

The blast came just two days after the pipe blast in New Jersey shore town, where thousands of people were due to participate in a charity 5km race to benefit Marines and sailors.

A similar blast took place in Manhattan, New York on Sunday where at least 29 people were injured. Five men were detained for investigation after the blast.

Investigators were still looking for any possible connection between the two incident. It was also not clear whether these blasts were criminal acts or related to some terrorist organisation.