Will Nawaz Sharif appear before NAB court? Maryam says “he must not” 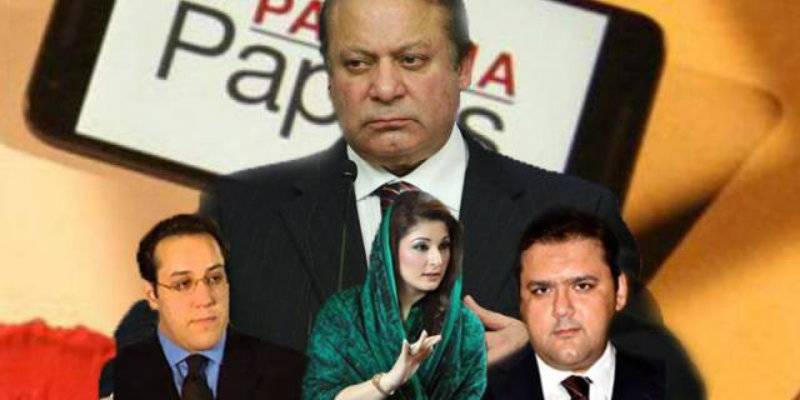 LONDON - Maryam Nawaz Sharif, the daughter of ousted PM Nawaz Sharif, has just confirmed his family’s unannounced boycott of an accountability process by Pakistani courts in the backdrop of Panama case verdict.

On Tuesday, the PML-N’s big gun responded to a Twitter poll by Pakistani journalist, Iftikhar Ahmad, in which he has asked ‘Will Nawaz Sharif appear before NAB court?’, saying ‘He (Nawaz) should not. Must not.’

He should not. Must not. Should not be a part of political & personal victimisation in the garb of accountability. It's a FARCE. https://t.co/InyQXrSsX7

“Should not be a part of political & personal victimisation in the garb of accountability. It's a FARCE,” said Maryam Nawaz, who flew to London soon after grabbing a victory for her ailing mother Kalsoom Nawaz in Lahore’s key NA-120 by-election.

Earlier in the day, one of Sharif's close aides disclosed that no family member would appear before any accountability in future as well.

ISLAMABAD - In what appears to be an unannounced boycott, the former ruling family has decided to give a hoot to all ...

“The Sharifs are anticipating the outcome of these references, therefore they have no plans to appear before the accountability courts,” the PML-N leader said.

Nawaz Sharif, his sons Hassan and Hussain, daughter Maryam and son-in-law Captain Safdar were summoned before the accountability court on Tuesday (today) on the basis of a reference regarding the Al Azizia Steel Mills.

Accountability court Judge Mohammad Bashir heard the case without the appearance of any respondent where NAB authorities presented a report regarding implementation of summons issued for the members of the Sharif family.

NAB prosecutor informed the court that summons were received by the security in-charge of the family. The security officer informed that Hassan and Hussain had directed him not to receive the summons, the prosecutor added.

Nawaz Sharif’s political adviser Asif Kirmai, who was present in the court during hearing, was asked by the judge to inform the Sharif family regarding the summons.

The court also ordered the investigation officer to trace the London addresses of Hassan and Hussain.

The judge adjourned the case till September 26 and issued summons again.

There are reports that the court may issue bailable or non-bailable arrest warrants against the members of the Sharif family due to their absence before the court.

Last week, the accountability court had issued summons on the basis of the reference against Nawaz Sharif and his family members regarding Flagship firm, filed by the NAB.

The hearing of reference regarding assets of Finance Minister Ishaq Dar is scheduled for Wednesday but it is still not clear whether he would show up or not.