VIDEO: Doors of Kaaba opened for PM Imran Khan as he performs Umrah 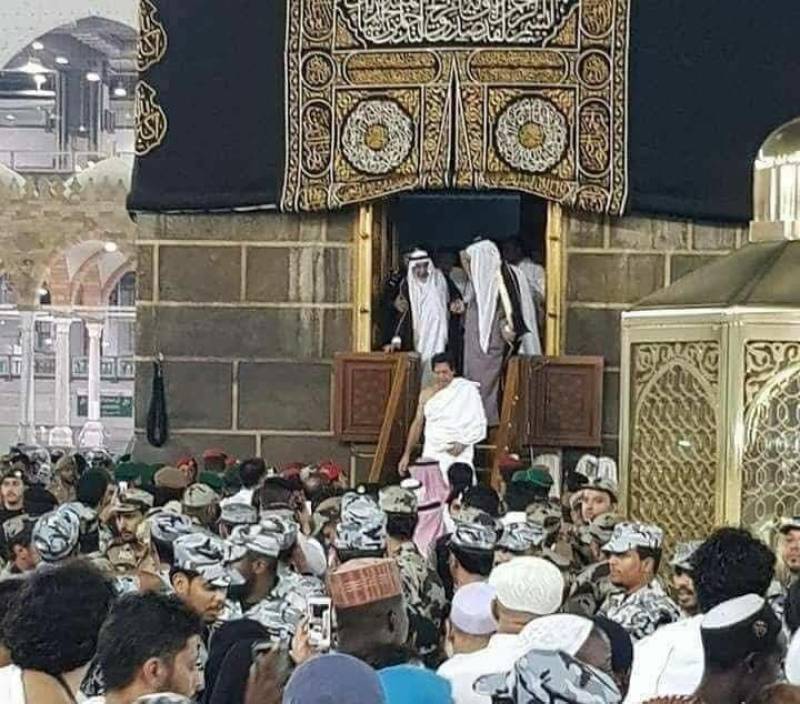 In a video posted on Instagram, Khan is seen exiting the holy Kaaba.

Prime Minsiter Imran Khan preformed Umrah where he was received warmly by the people. The doors of Kaaba were opened for the Pakistani delegation #PMIK

The Pakistani PM was received warmly by a crowd of people gathered at the Grand Mosque. The doors of the holy Kaaba were also opened for his delegation.

Khan will also visit UAE today at the invitation of the leadership, the Pakistan Foreign Ministry said on Monday.

Khan is accompanied by the foreign minister, the finance minister and his commerce adviser, the Foreign Ministry added.

Khan is expected to call on the Custodian of the Two Holy Mosques, King Salman bin Abdulaziz of Saudi Arabia and hold a bilateral meeting with Saudi Crown Prince Mohammed bin Salman on bilateral ties, the ministry said in a statement.

In Abu Dhabi, Pakistan and UAE will discuss issues of bilateral interest, the statement added.