Rabi Pirzada denies being served a notice for taming reptiles 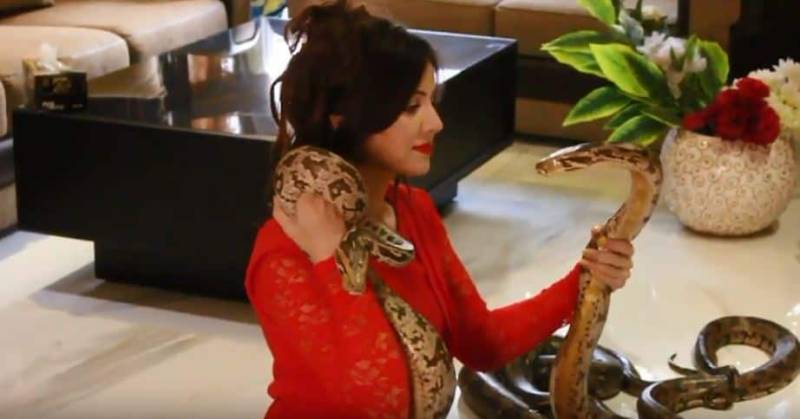 LAHORE - Pakistani singer Rabi Pirzada was reportedly issued a notice by the court for keeping reptiles at home. Pirzada has been in news for quite some time because of flaunting the reptiles on social media, it is reported that she has kept all those reptiles at her working place.

However, while having a talk with media officials, the star had completely denied receiving any notice in this regard. Rabi Pirzada is passionate about her bizarre habit and hobby of keeping reptiles at home, brushing aside the possibility that it could be dangerous and may also be regarded as a crime where you keep reptiles away from their natural habitat.

So we urge and request people not to play with such dangerous animals as they can attack you, especially snakes and crocodiles. The singer has also posted a video along with her reptiles in a playful mode.

She was born in Quetta on 3 February 1992, but she is a native of Muzaffarabad, Pakistan-administrated Kashmir. She is the daughter of a former Pakistani army officer, Major Humayun Pirzada.

In 2018, Pirzada made her film debut in the film Shor Sharaba in the lead role alongside Meera.In 2017, she gained spotlight after an interview in which she criticized Bollywood films and actor Salman Khan, blaming them for promoting crime amongst the youth.