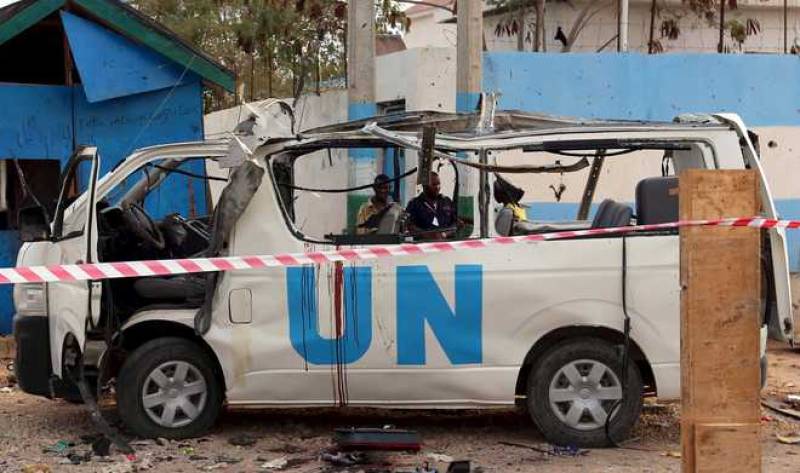 MOGADISHU (Web Desk) – Two Kenyans and seven Somali guards were killed in a bomb attack on a vehicle carrying workers to the United Nations compound in Garowe in the Somali region of Puntland on Monday, the police said.

Authorities suspect al-Shabaab militants of carrying out the bombing in the northeastern city, Mohamed Abdi, a police officer at the scene said.

"A blast hit the bus carrying workers to the UN office ...At least nine persons died," he told Reuters.

In recent years al-Shabaab has staged several attacks against U.N. officials in Somalia, most often in the capital Mogadishu, where the UN has been helping a Western-backed government rebuild the country after more than 20 years of war.