Mamnoon vows to develop Pakistan at any cost 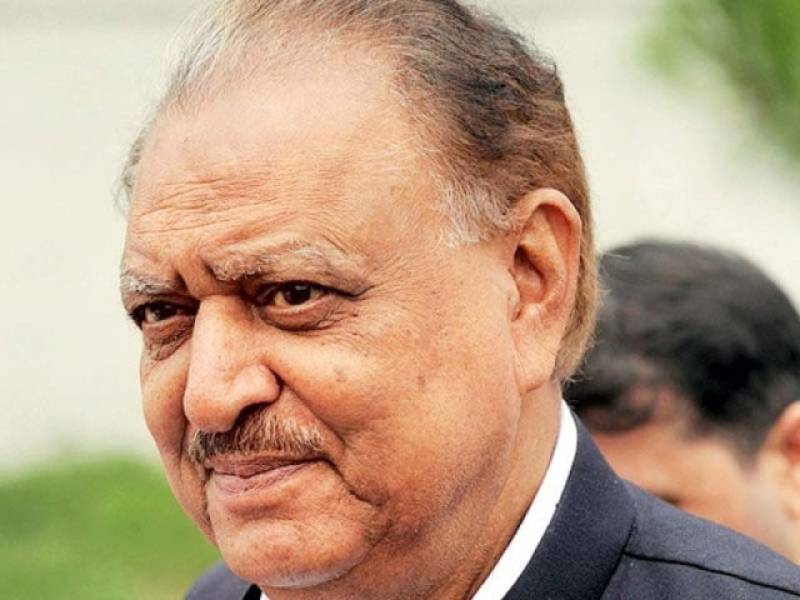 ISLAMABAD (Online) - President Mamnoon Hussain has said terrorism will not be allowed to become a hindrance on the path to development.

“Terrorism is a major issue of Pakistan. Extreme steps are being taken to crush terrorists. Terrorism will not be allowed to come on the way to development of the country”, said Mamnoon while addressing convocation at the Institute of Space Technology (IST) on Thursday.

He said the whole region will benefit potentially from the China-Pak Economic Corridor (CPEC) project. “Energy and infrastructure projects are being launched in the country under the CPEC, which will bring prosperity in Pakistan,” he underlined.

He also urged the youth to play their role in bio and nano technology so that “our country could be put on the path to development”.