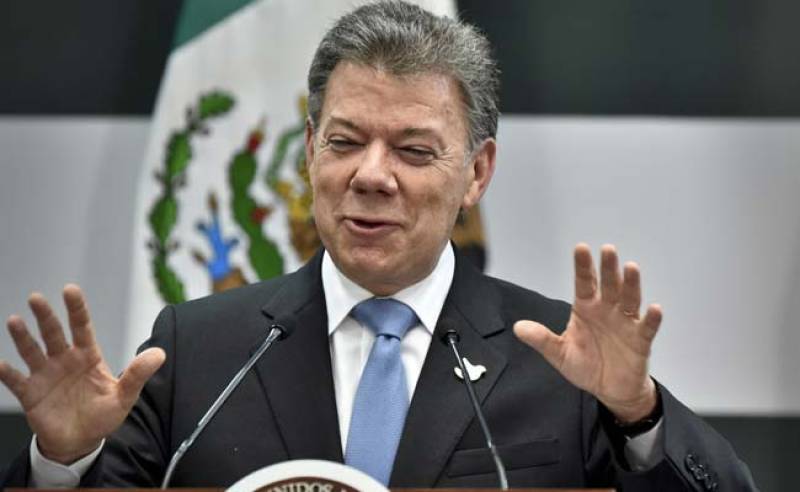 MITZ, Colombia, (APP) - Colombia launched an initiative to plant a tree for each of the more than eight million victims of the country's 50-year armed conflict.

President Juan Manuel Santos, whose government is negotiating peace agreements with the guerrillas of the Revolutionary Armed Forces of Colombia (FARC), planted the first tree near the southeastern city of Mitu.

Trees for the "Forests of Peace" project will be planted throughout the country, sponsored by people around the world via the NGO Saving the Amazon website, Santos said.

The plan is to "plant a number equal to that of the victims of armed conflict, in excess of eight million," he said.

"We will plant more than eight million trees in memory of the victims so that we will never again reproduce the atrocities of armed conflict that this war has brought to us," he added, saying every tree will bear a victim's name.