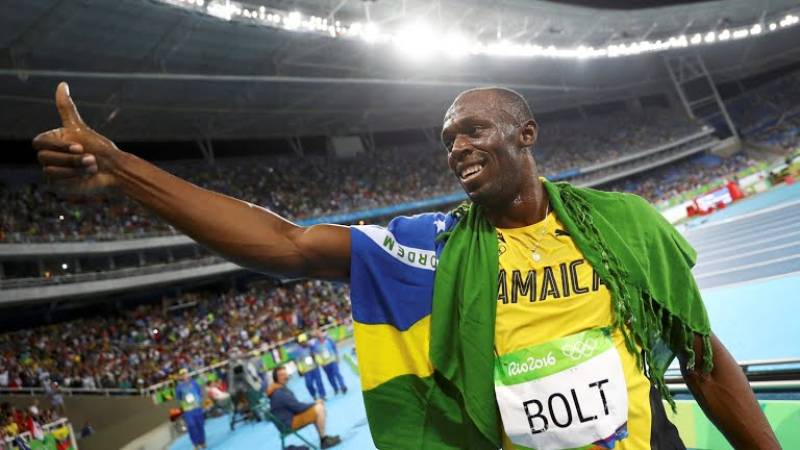 RIO DE JANEIRO (News Desk) – Usain Bolt brought the curtain down on his Olympic career with a record-equalling ninth gold medal on Friday, anchoring Jamaica to relay glory in a perfectly-scripted finale to complete his unprecedented “triple triple.”

The 29-year-old superstar, widely seen as the greatest sprinter in history, stormed over the line in 37.27sec to trigger an eruption of adulation in the Olympic Stadium.

Japan’s quartet took a surprise silver in 37.60sec while the United States claimed bronze in 37.62.

The Friday night’s victory has made Usain Bolt the only athlete who has completed a historic “triple-triple” combination of gold in the 100m, 200m and the 4x100m relay in three consecutive Olympics.

Other than the 2011 world championships, when he was disqualified for a false start, Bolt has won every other global championship individual sprint race since 2008.