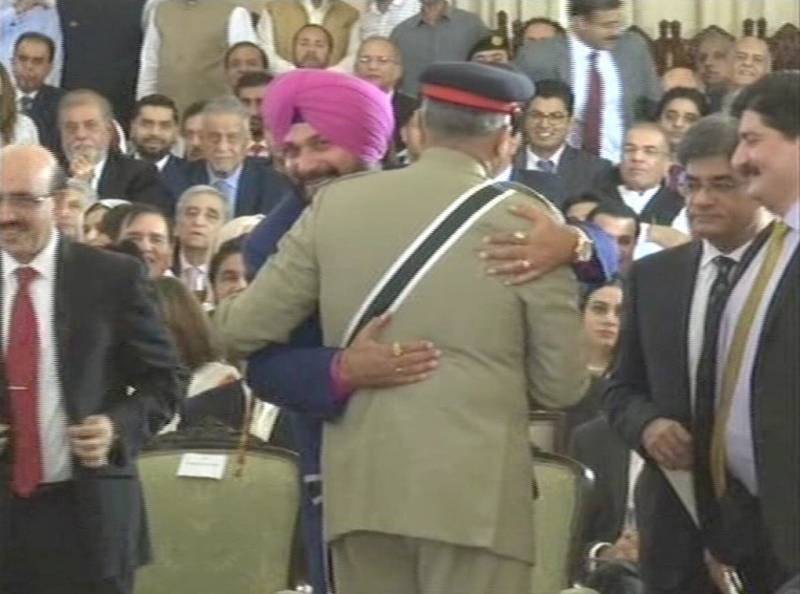 Navjot Singh Sidhu, who is also a Congress minister in the Indian Punjab government, was slapped with a sedition case on Monday by a lawyer in Bihar for “insulting the Indian army” after two days of criticism from all the quarters.

Sudhir Kumar Ojha has alleged in his petition filed with chief judicial magistrate of Muzaffarpur, a town around 100km from Bihar’s capital Patna, that “Sidhu insulted the families of Indian soldiers killed by Pakistan’s army and terrorists sponsored by the country by hugging General Bajwa and sitting next to Pakistan Occupied Kashmir’s president Masood Khan on Saturday”.

Ojha said it was unbecoming of Sidhu to attend the celebrations in the neighbouring country at a time when the nation was mourning the death of former prime minister Atal Bihari Vajpayee, the Hindustan Times reported.

“I have urged the court to book Siddhu under IPC sections 124 A, 153 B and 504 for hurting the nation’s sentiments and order for his arrest,” the petitioner said.

Ojha, who has lodged cases against celebrities including cricket stars, politicians and Bollywood actors over various issues, added the court admitted his plea and fixed August 24 as the next date for hearing in the case.

The cricketer-turned-politician has been under fire by his boss and Punjab chief minister Amarinder Singh as well as the opposition. 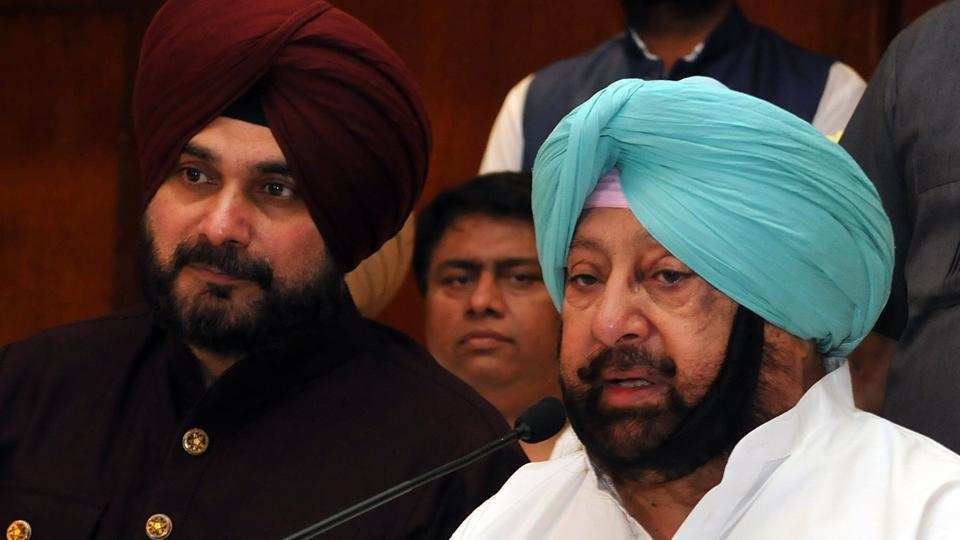 Singh said on Sunday he was “not in favour” of Sidhu hugging the Pakistan army chief. He also clarified that Sidhu’s decision to attend the ceremony had nothing to do with his government, and said the cricketer-turned-politician had gone there in his personal capacity.

Speaking on the sidelines of a photography exhibition in Chandigarh, Singh said, “Sidhu should have avoided indulging in such a gesture when Indian soldiers are getting killed every day on the border.”

Sidhu while in Pakistan did not comment on the criticism he received back home. However, upon his return, he addressed the matter and said, “He came up to me. First thing, he is a Jat like the Cheemas, Sandhus, and Sidhus. All three chiefs of Pakistan defence forces came to meet people in the first row. General Bajwa walked up to me and said that though he is a General, he wanted to be a cricketer. He was very warm and said he wanted peace.” 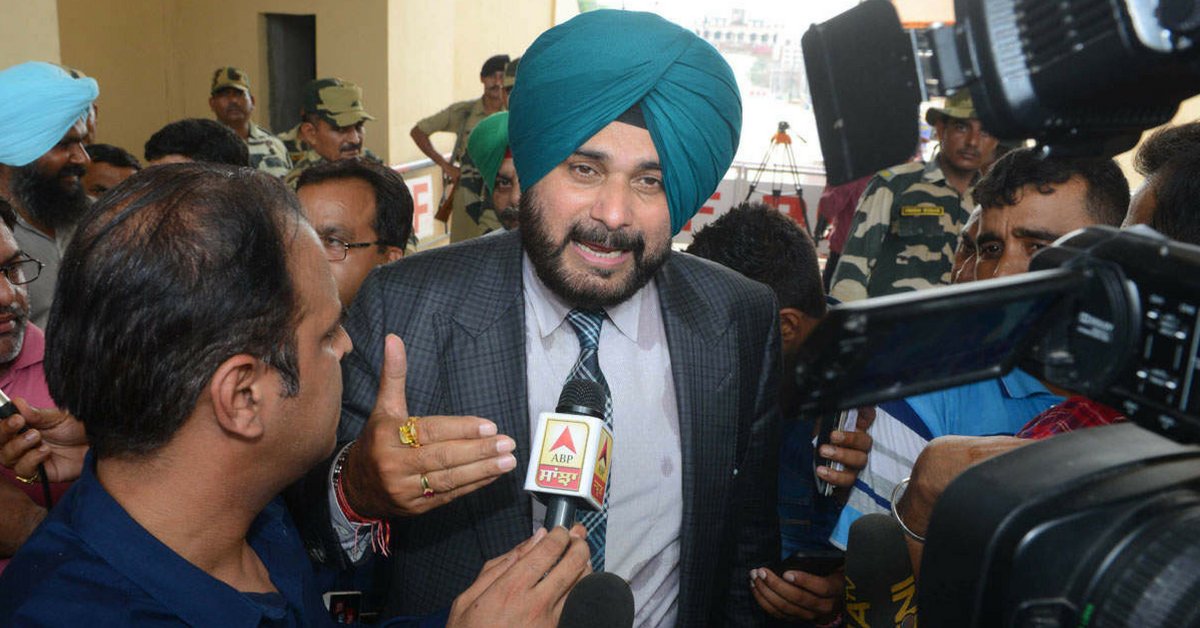 “If someone (referring to Gen Bajwa) comes to me and says that we belong to the same culture and we will open Kartarpur border on Guru Nanak Dev’s 550th Prakash Parv (birth anniversary), what else I could do?” said Sidhu while responding to the media queries.

“When someone takes names of Baba Nanak, then he has offered you everything,” the former Indian cricketer said, adding that he received “much love and affection from Pakistan.”

“If you are invited as a guest of honour somewhere, you sit wherever you are asked to. I was sitting somewhere else but they asked me to sit there,” he added.

PM Imran Khan surrounded by well wishers today; an iconic moment as he meets the comrades and competition he played with in his cricketing days and who have never had any doubts in his ability to lead & make teams work together.@sherryontopp @waqyounis99#PrimeMinisterIK pic.twitter.com/RRfpJxcldx

Sidhu also rebuffed Indian hardliners’ criticism over his tour by commenting on how much love and respect he received from Pakistanis.

“Pakistanis have given me infinite respect,” Sidhu said on Saturday night while addressing media here in the city. “The kind of love and affection that I have got from here, it’s… it’s unbelievable!” 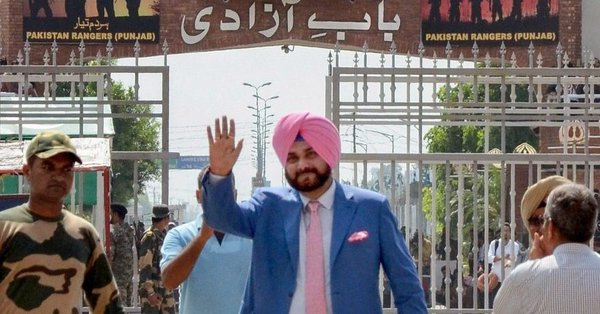 Sidhu had a career spanning over 19 years after his first-class debut in 1981–82. After losing his place in the national team after his international debut in 1983–84, he returned to score four half-centuries in the 1987 World Cup. Playing mostly as a top-order batsman, he went on to play in 51 Tests and 136 One Day Internationals for the country. He came to be known for his six-hitting ability and earned the sobriquet 'Sixer Sidhu'.

After retirement, he turned to commentary and television, most notably as a judge of comedy shows, and as a permanent guest in Comedy Nights with Kapil (2013–15) and later The Kapil Sharma Show (since 2016). He was a contestant in the reality television show Bigg Boss (2012).

Sidhu joined the Bharatiya Janata Party in 2004 and contested the general election from Amritsar. He won the election and held the seat till 2014 winning also the next election. He was nominated to the Rajya Sabha in 2016 from Punjab before he resigned from the position the same year and quitting the party. In 2017, he joined the Indian National Congress and was elected to the Punjab Legislative Assembly from Amritsar East.

The 54-year-old currently serves as the Minister of Local Government, Tourism, Cultural Affairs, and Museums of the State of Punjab.