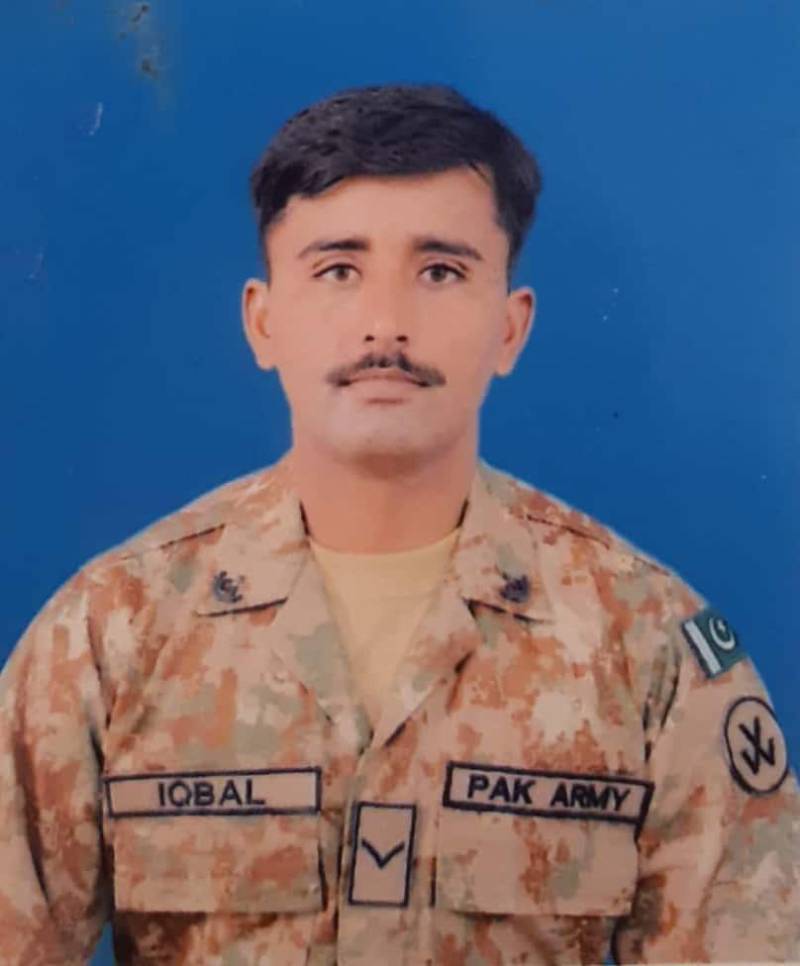 QUETTA – A soldier of Pakistan Army has embraced martyrdom in exchange of fire with terrorists and their facilitators during an intelligence-based operation in Jatt Bazar near Awaran, Balochistan.

The military's media wing said that Lance Naik Muhammad Iqbal was injured and was shifted to Karachi, where he died due to excessive bleeding.