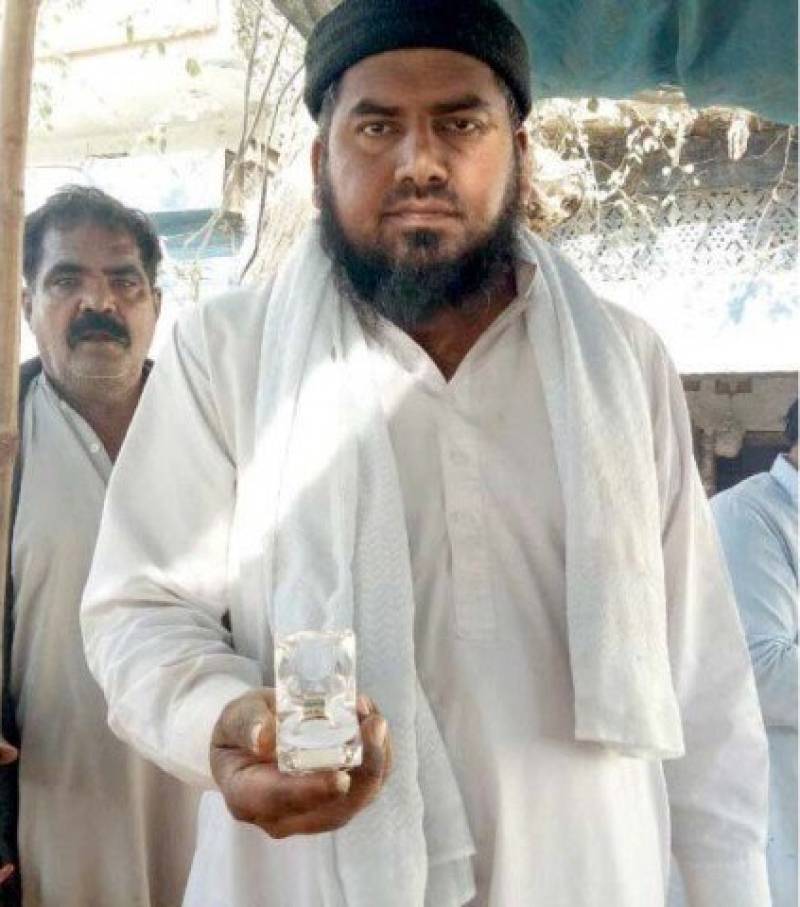 BAHAWALPUR - A diehard fan of Imran Khan, chairman Pakistan Tehreek-e-Insaf (PTI), has bought a diamond ring for Khan’s wife after the couple tied the knot on Monday, reports a local English daily.

Bilal Ahmad Bodla, who is a resident of Bahawalpur and a vegetable vendor, purchased an expensive diamond ring for Bushra Maneka as a gift and to express happiness over the marriage.

He said while talking to the newspaper, that Imran Khan is the only one who really cares about the country, adding that everyone is happy over the marriage and that only the rivals of the PTI are turning it into an issue.

Bodla said that this decision should be respected as religion has allowed us to marry and that Imran Khan has not committed any crime by doing so. His political rivals are making his marriage an issue which is condemnable, he added.

He said that he was going to deliver the ring to the leader’s new wife through Jehangir Tareen.

Bodla also has the honour of preparing a 50 metre wide Pakistan Flag which was displayed in Dring Stadium Bahawalpur.