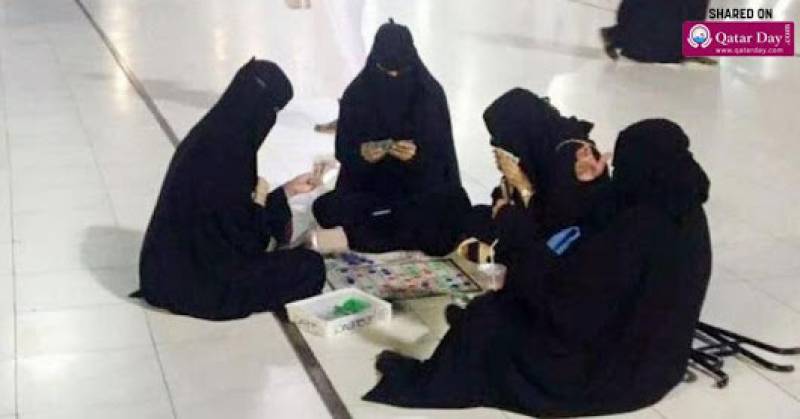 Mecca- Women were seen playing a board game in the Holy Mosque. A picture of these women went viral and created a controversy over the internet. After the picture went viral the spokesperson for Holy mosque’s governing authority issued a statement explaining how the women were playing a Board game called “sequence” inside the premises, and that female officers were dispatched to the scene. The officers advised women not to do such things out of respect and they left the premises cooperating with the authorities.

People on the internet however had differences in opinion. Some found it to be very disrespectful but some had other opinions about the whole situation.

“I think it’s absolutely ok what they did”

“Even though I didn’t get their point I don’t think such games are prohibited in the area. People are allowed to play games on their mobile phones and take photos of the Holy Mosque”

“We always used to play in the Holy Mosque’s outdoor areas, you also did too.”

“Let them play, it’s better than talking behind people’s back”