Did Indians burn themselves while trying to burn Imran Khan's dummy? Here is the truth 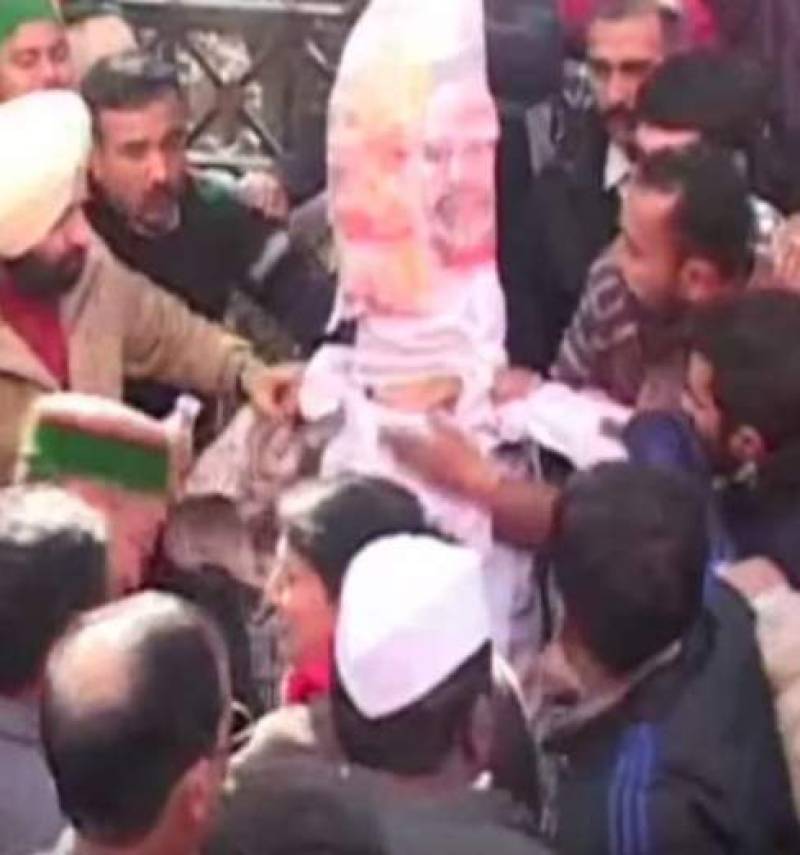 LAHORE - Indians are totally hating on us these days and are conveying it in every possible way! On social media they are making TikTok videos to threaten Pakistanis and wow.

They recently tried burning 'PM Imran Khan's' dummy and the twist is that they burned themselves. That is quite a burn, oops. But that is not the entire truth.

The video being spread on social media is not even recent. It is as old as 2015 and that dummy was of their own PM Modi, not of IK.

This incident took place back in 2015 when a press statement issued by the Himachal Pradesh Congress Committee said it staged protests in all 17 organizational districts against the BJP-led central government for launching a malicious political vendetta against the Congress and its leaders.

Don't believe everything you see, guys. But yes, karma truly does burn you sometimes.