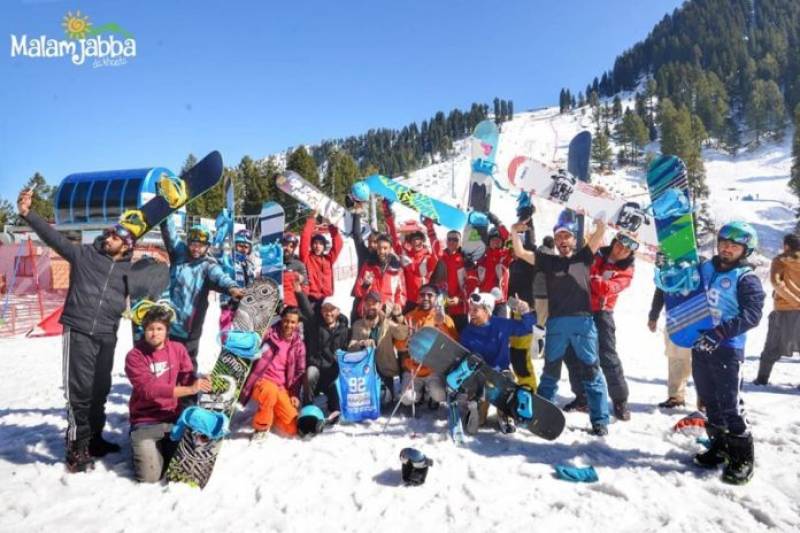 MINGORA - Adventure tourism in Pakistan may get a boost after completion of the ‘Magic Mountain’ which is being set up at Malam Jabba by the private sector to promote thrilling winter sports among youth, besides imparting them quality training under a conducive environment.

“ ‘Magic Mountain’ is the first ski resort in Pakistan that will offer an ideal place to the budding sportsmen for learning multiple kinds of snow and winter sports like skiing and snowboarding,” Samson Group of Companies Spokesperson Samar Sabeen told APP on Thursday.

She said the ‘Magic Mountain’ was being set up at around 150 Kanals of land that was just a five-minute drive away from ‘Malam Jabba Ski Resort’.

The gentle slopes and small ski lifts were installed at the park to facilitate the beginners so that they could learn snow games easily.

The facility had already been inaugurated and would be fully functional in the forthcoming summer, she added.

Sabeen said the mountain would be an ideal place for tourists and adventure seekers to visit and stay as it would offer multiple facilities ranging from accommodation to sports club. An amusement park, hospital, skiing school, mini-golf course, archery zone, ice hockey field, ice skating rink, cross country skiing circuit, curling rink and parabolic snowslides were being set up at the facility to promote adventure tourism in the area, she added.

Some 12 camping pods and a restaurant were also being established at the ‘Magic Mountain’ to cater to food and accommodation needs of tourists.

She said the ‘Magic Mountain’ would give an opportunity to the tourists and sportsmen to play the full range of winter and snow sports including snow golf, archery, trampoline, ice hockey, grass skiing, cross country ski, curling, tobogganing, and mountain and horse riding.

Unlike ‘Malam Jabba Ski Resort’, she said the mountain was an affordable place to visit and would be open for the public all the time.

Sabeen said her company was committed to playing its due role in tourism promotion and making all-out efforts to introduce Malam Jabba as the best destination for adventure tourism.