Over 25 killed in Turkey suicide attack 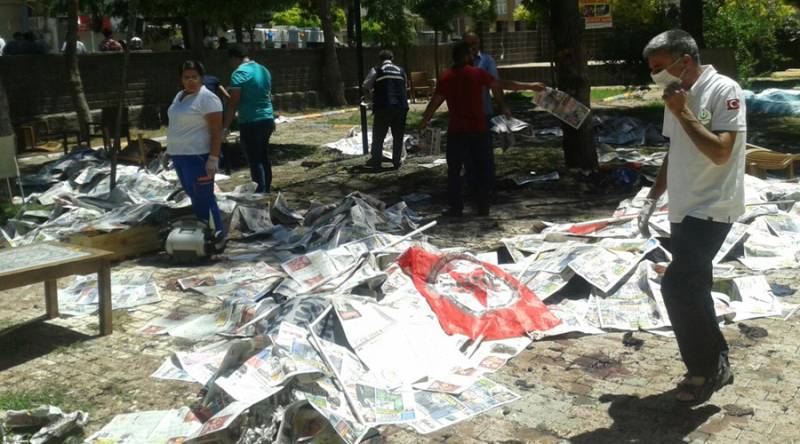 ANKARA (Web Desk) - At least 27 people have been killed and over 100 injured in an explosion that struck a cultural center in the town of Suruc, southeastern Turkey, near the Syrian border, the interior ministry said on Monday.

The blast occurred in the garden of a cultural centre. Hundreds of youth workers were reportedly staying there. 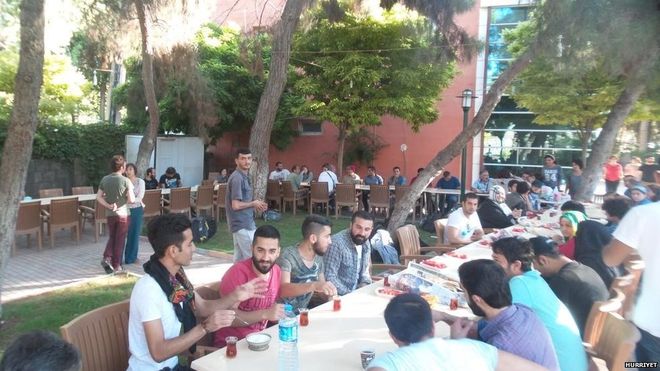 There is no official word on the cause of the explosion. Reports say it could have been a suicide attack. 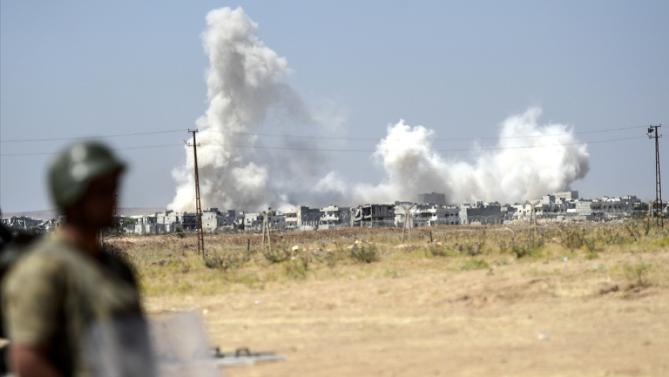 Suruc, located near the Syrian town of Kobane, houses many refugees who fled fighting there in recent months. 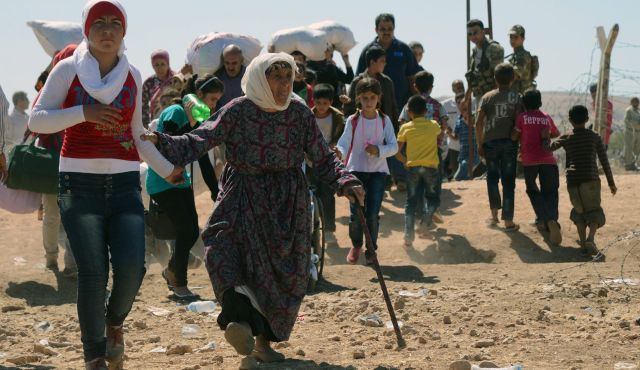 Kobane has been a battleground between militants from the terrorist group, Islamic State (IS), and Kurdish fighters since September last year, when IS overran the town, forcing most of its residents to flee into Turkey.

The Federation of Socialist Youth Associations (SGDF) is reported to have had at least 300 members staying at the Amara Culture Centre to take part in rebuilding work in Kobane. 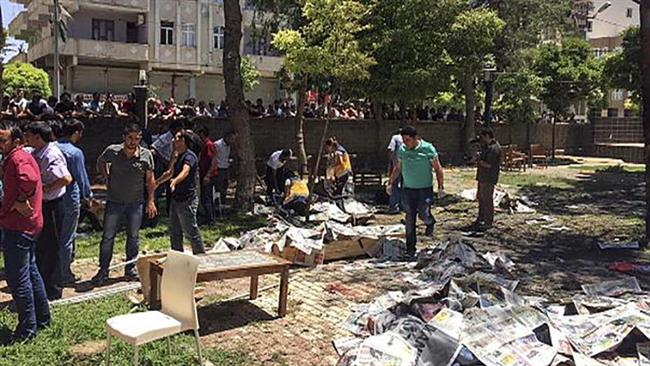 The federation tweeted photographs showing the group in the garden before the blast and the scene afterwards. 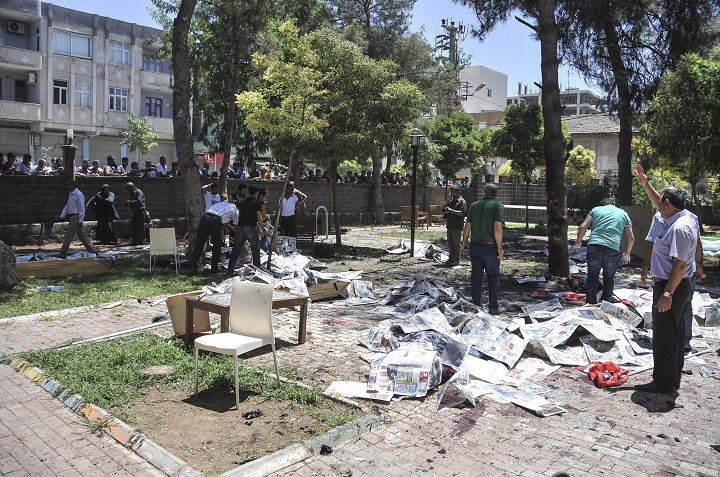 Pervin Buldan, a senior lawmaker from Turkey's pro-Kurdish HDP opposition party, told Reuters that local officials were investigating the possibility it was a suicide bombing.

"Turkish and Kurdish youth had come to cross into Kobane, and there were three or four days of activities planned," she said.