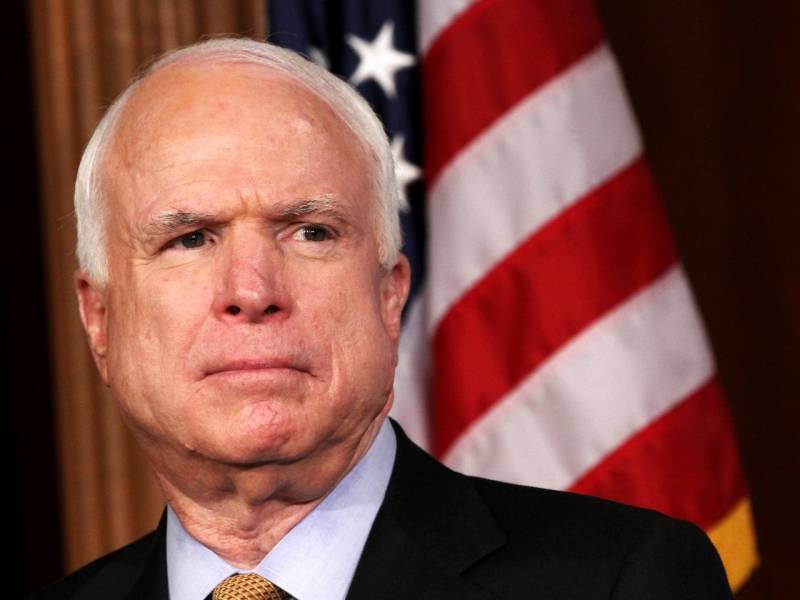 WASHINGTON - Veteran US Senator and Former presidential candidate  John McCain has been diagnosed with brain cancer, his office announced Wednesday.

The 80-years-old Arizona Senator underwent surgery to remove a blood clot on Friday at Mayo Clinic Hospital in Phoenix. Lab results from that surgery confirmed the presence of brain cancer associated with the blood clot.

The senator has been recovering at his Arizona home after doctors removed a blood clot above his left eye.

'The senator and his family are reviewing further treatment options,” the statement by Mayo clinic said, noting they may include a combination of chemotherapy and radiation.

Another statement by his office confirmed that McCain was recovering 'amazingly well'.

"The news of my father’s illness has affected every one of us in the McCain family,"  the senator’s daughter, Fox News host Meghan McCain said in a statement released Wednesday evening.

"My grandmother, mother, brothers, sister, and I have all endured the shock of the news, and now we live with the anxiety about what comes next.

"It is an experience familiar to us, given my father’s previous battle with cancer – and it is familiar to the countless American families whose loved ones are also stricken with the tragedy of disease and the inevitability of age."

Though McCain has been influential in American politics since 1981, when he retired from Navy, his prowess regarding the Asian continent and in particularly about Afghanistan is well acknowledged.

The Senator also visited Pakistan during the first week of the current month and called on military head General Qamar Bajwa.

He then flew off to Kabul to look for better options to thwart militancy at a time when the Trump administration is mulling to send extra troops to the war-torn country.