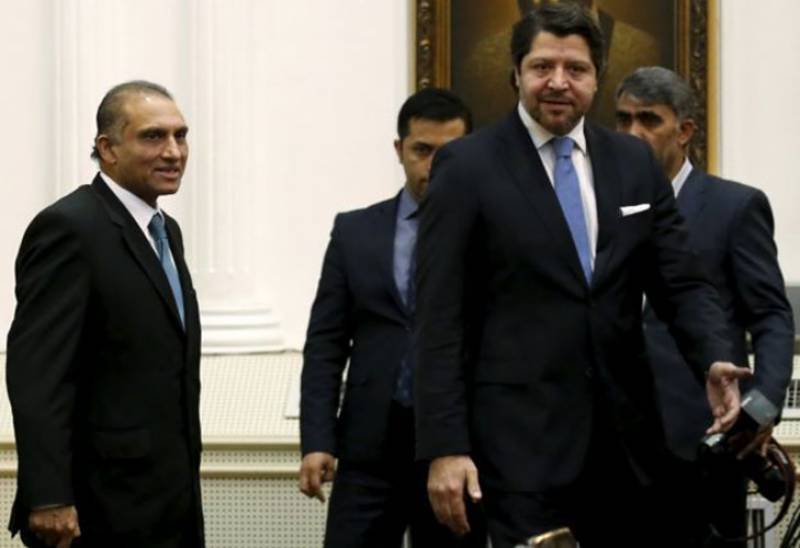 ISLAMABAD (Staff Report) - Pakistan has informed Afghanistan that border management is one of the required steps to check the movement of terrorists across the border.

Talks were held between Pakistan and Afghanistan on the issue of border management in Islamabad on Monday, in the light of recent clashes at the Torkham border outpost. The Pakistan side was led by Foreign Secretary Aizaz Ahmad Chaudhary while the Afghan side by Deputy Foreign Minister Hekmat Khalil Karzai.

Representatives of both countries agreed to resolve all bilateral matters including border management and repatriation of Afghan refugees through joint efforts.

According to a statement, the two sides discussed ways and means to check illegal cross border movement as well as recent tensions at Torkham border.

At the meeting, Aizaz Chaudhry insisted that border management and fencing was beneficial for both Pakistan and Afghanistan and that Kabul should support Islamabad in this regard.

On the occasion, he also condemned the three bomb attacks that took place in Kabul and Keshm district of Afghanistan's Badakhshan province earlier this year.

Bilateral relations and matters relating to border management and repatriation of Afghan refugees came under discussion during the meeting.

The visit took place in response to an invitation of Sartaj Aziz, which aims to improve border management between Pakistan and Afghanistan.

Last night, in an interview with state TV, Sartaj Aziz said that India is openly interfering in Afghanistan’s institutions and therefore Pakistan cannot afford a loose and open border with Afghanistan.

He maintained that  border management between Pakistan and Afghanistan is our top most priority because peace is not possible without stopping the movement of the terrorists from across the border.

To a question, Sartaj Aziz said Pakistan is facilitating the peace process in Afghanistan, which had suffered a setback due to a recent drone attack on Mulla Akhtar Mansour.

He emphasized that dialogue is the only option as ultimately the Afghan government had to continue it.