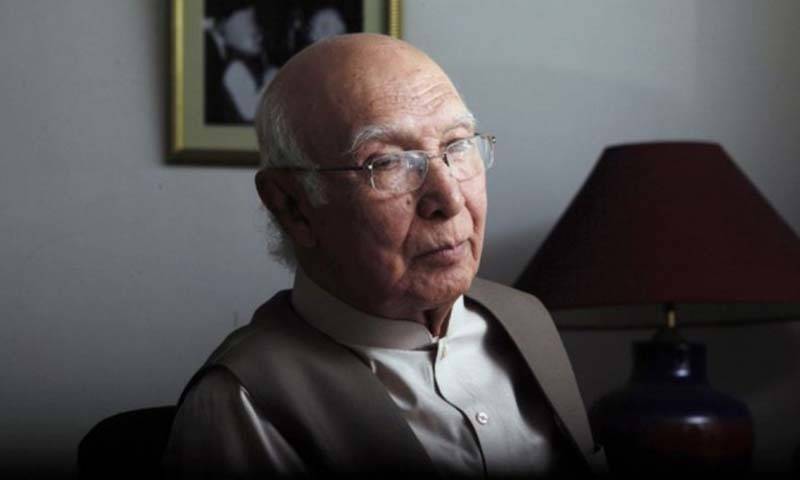 In an interview with state TV, he said border management between Pakistan and Afghanistan was a top most priority because peace was not possible without stopping the movement of the terrorists from across the border.

Insisting that Pakistan has a clear foreign policy, he said that the main objective of Pakistan's foreign policy was to achieve economic prosperity as the country's GDP touched 5 per cent and would further increase in the coming years.

"Without attaining economic prosperity, the benchmarks of self-reliance and protection of sovereignty could not be achieved," he went on to say.

The Adviser said Pakistan had achieved many successes under the PML-N government on the internal and external fronts by overcoming the issue of terrorism, economic and energy woes.

Regarding Pak-India relations, he said Pakistan wants to resolve all the outstanding issues with India through comprehensive dialogue.

To a question, Sartaj Aziz said Pakistan is facilitating the peace process in Afghanistan, which had suffered a setback due to a recent drone attack on Mulla Akhtar Mansour.

He emphasized that dialogue was the only option for peace in Afghanistan.

About the issue of Nuclear Suppliers Group (NSG) membership, Sartaj Aziz urged the international community to realize that it is linked with regional stability, which could be achieved if Pakistan and India simultaneously became members of the NSG.

Hinting at further extending ties with Russia, the Adviser said under the changing global scenario, the Kremlin was also realigning its policy and both countries were discussing defense and trade issues.