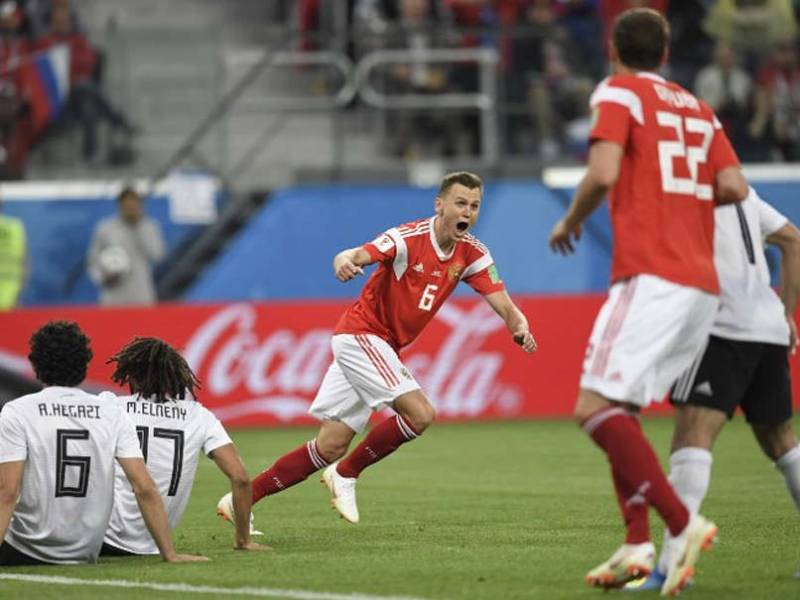 MOSCOW - Russia outclassed Mohamed Salah's Egypt 3-1 in St Petersburg after their second Group A match to cement their top position at the points table.

The first half of the thriller went goalless, however, both the team scored four goals in the rest of 45-minutes, entertaining the crowd.

Russia are virtually in the round of 16 after registering their second successive win in the tournament as they beat Saudi Arabia 5-0 in their opening game.

Russia are the lowest-ranked side in the World Cup at 70th in the rankings and were not expected to do well in their home tournament, but the nature of their 5-0 victory over Saudi Arabia in their opening match surprised soccer fans.

This is the first time Russia have won their opening two matches at a World Cup tournament since 1966 (as the Soviet Union) when they reached the semifinals.

Additionally, Russia’s haul of eight goals in their opening two World Cup games is the joint-highest for a host nation, level with Italy in 1934.

Russia have scored more goals in this World Cup (8) as they had in their two previous World Cup tournaments combined (6 across both 2002 and 2014).

In other contests, Japan overpowered Colombia 2-1 and Senegal beat Poland 2-1 in the first round of the tournament.