Iran shoots down US drone in Hormozgan province 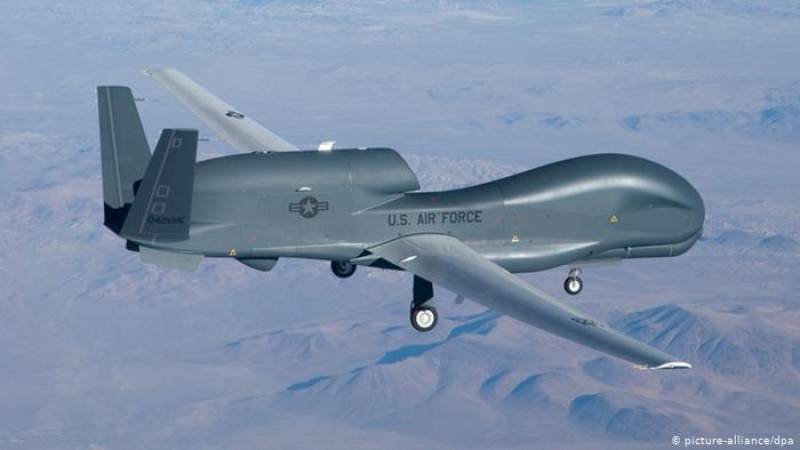 TEHRAN – Iran has shot down a US drone in the southern province of Hormozgan, according to reports in the country's media.

Revolutionary Guards targeted the "RQ-4 Global Hawk" when it entered Iran's airspace "near the Kouhmobarak district in the south,” the State news agency IRNA reported this while quoted the Guard's news website, Sepah News, on Thursday.

General Hossein Salami, the commander of Iran's Revolutionary Guard, said the incident sent "a clear message" to the US, adding that although Iran does "not have any intention for war with any country, we are ready for war."

Responding swiftly to the Iranian claim, the US military said it did not violate Iranian airspace on Wednesday.

"No US aircraft were operating in Iranian airspace today," said Navy Captain Bill Urban, a spokesman for the US military's Central Command.

Tensions between Washington and Tehran have escalated over the past month, with the US accusing Iran of continued malign activity and unspecified threats against the United States and its allies. Washington has also increased its military presence in the region.

The US accused Iran last week of attacking Japanese and Norwegian flagged tankers near the strategic Strait of Hormuz. Washington released video and pictures purporting to show a Revolutionary Guard boat removing an unexploded limpet mine.

Iranian officials rejected US claims that Tehran was behind the blasts.