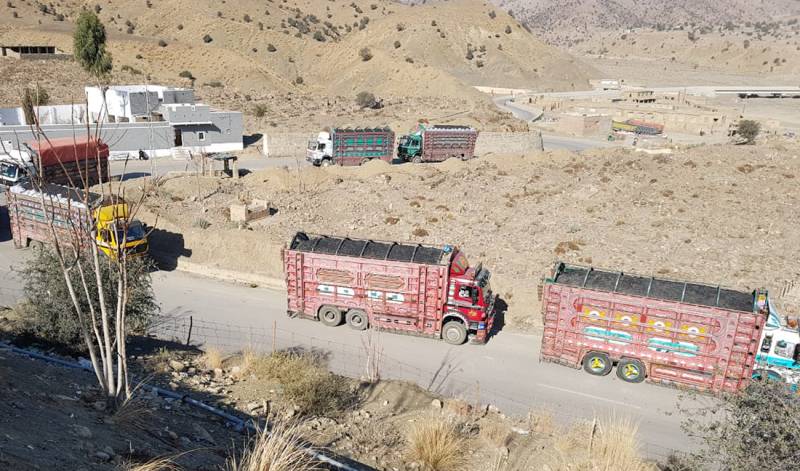 ISLAMABAD – Adviser to Prime Minister on Commerce Abdul Razak Dawood said Saturday that the Ghulam Khan crossing point is being opened as third major trading route with Afghanistan to immediately clear the backlog.

In a tweet after his meeting with Afghan ambassador Atif Mashal in Islamabad, Dawood said this comes in addition to government's decision to open Torkham and Chaman crossings for transit trade six days a week.

Met H.E. the Ambassador Atif Mashal of Afghanistan today & informed him that in addition to Pakistan’s decision to open Torkham & Chaman for transit trade 6 days/week, Ghulam Khan is being opened as 3rd major trading route to immediately clear the backlog. 1/3 pic.twitter.com/oVZP4J2uiZ

He informed the ambassador that Afghan imports will be allowed at all three crossing points from Monday subject to following of Covid-19 SOPs.

The Afghan ambassador extended invitation to Advisor to visit Kabul with a trade delegation next month.

ISLAMABAD – Prime Minister Imran Khan has said that the airspace for international flights is being opened ...

In a press statement, Zia-ul-Haq Sarhadi said it was a welcoming development that government has allowed both import and export to Afghanistan while ensuring all COVID-19 related SOPs and protocols.

He said imposition of barrier on Pak-Afghan trade due to prevailing pandemic of coronovirus has badly impacted business community and other people associated with this trade in both the countries.

With allowing of trade six days a week from three borders will also reduce burden on Torkhem, Zia added.

He also welcomed allowing unlimited number of trucks to pass on daily basis for both Afghan Transit Trade and Bilateral Trade.

According to a notification issued by Interior Ministry on June 19,2020, Saturday will be reserved for pedestrian movement on Torkhem, Chaman and Ghulam Khan border terminals.

Zia expressed the hope that resumption of trade will help in stabilization of Pak-Afghan trade besides creation of job opportunities for hundred of thousands of people who lost livelihood due to slump in business caused by COVID-19 pandemic.