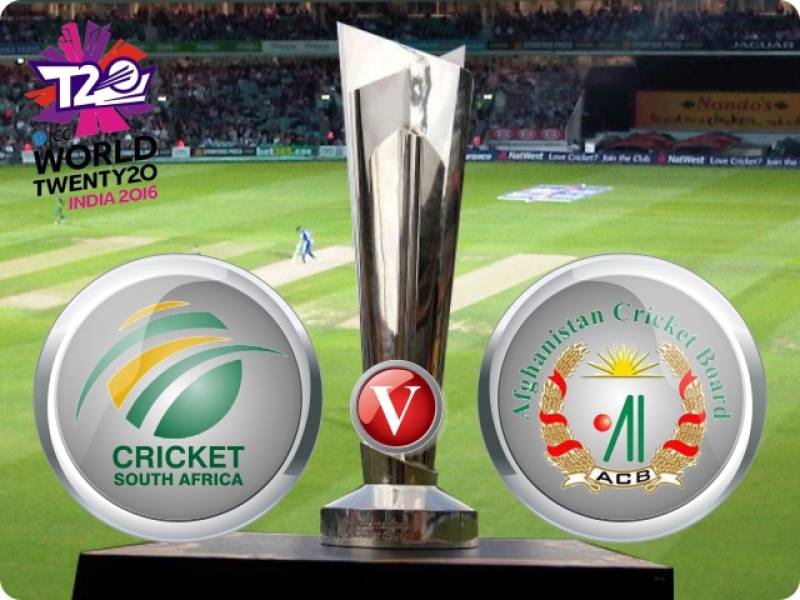 Afghanistan were all out on 172 on the final ball of their innings after AB De Villiers hit 64 to power South Africa to 204-9 in their 20 overs in the Group One match.