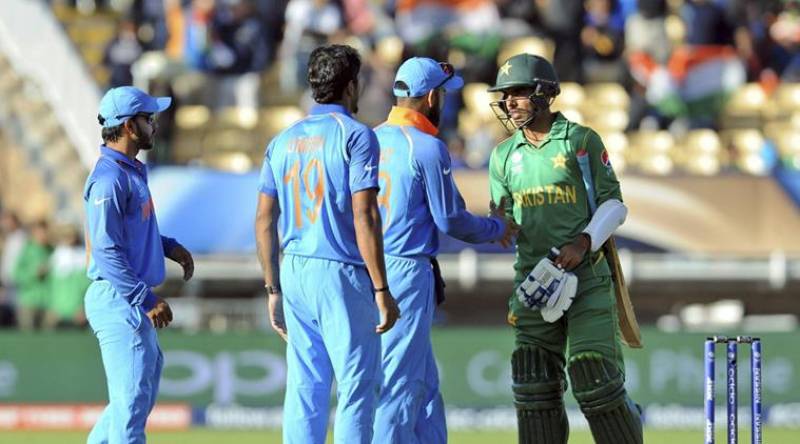 LONDON - The International Cricket Council has dismissed Pakistan Cricket Board’s case against the Indian cricket board (BCCI) over the latter's refusal to play a bilateral cricket series.

“The Dispute Panel formed under the Terms of Reference of the ICC Disputes Resolutions Committee (DRC), the International Cricket Council has announced the outcome of the recent DRC proceedings between the BCCI and the PCB," said a press release by the governing body.

The plea of PCB was struck down after a three-day hearing, detailed oral and written submissions; the verdict is binding and non-appealable.

PCB and BCCI were engaged in a dispute over an agreement signed in April 2014 to play bilateral matches. The MOU was part of a deal between the two boards under which Pakistan supported the Big Three governance and financial model in the ICC.

According to PCB, India did not comply with the agreement prompting the cricket board to move cricket's governing body last November claiming damages from the BCCI.

The PCB had demanded 70 million dollars as compensation from India. In its plea, PCB highlighted that as per a memorandum of understanding six bilateral series had to be played between 2015 and 2023.

India, however, did not honour its commitment citing different concerns from security to political launch.

India-Pakistan ties deteriorated after the 2008 militant attacks in Mumbai.

Unfortunately, the Green Shirts played two Twenty20s and three one-day internationals in December 2012 and January 2013, however, there has been just one bilateral tour since then.