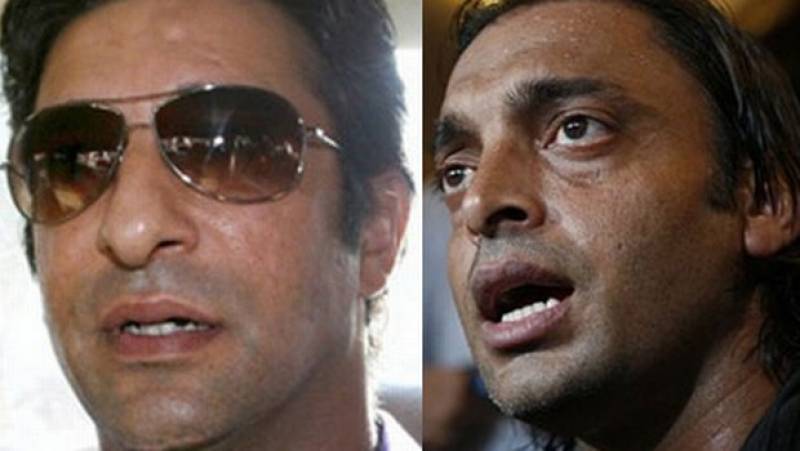 LAHORE (Staff Report) - Former Pakistan skipper Wasim Akram and fast Shoaib Akhtar, who are currently commentating in the ongoing India and South Africa ODI series, will return to Pakistan and won't be available for the fifth and last match.

According to report, the shocking development comes in wake of security concerns after the International Cricket Council (ICC) were forced to withdraw umpire Aleem Dar from the remaining matches in the ongoing India versus South Africa series.

However, Akram and Akhtar pulled out on their own and their was no pressure from anyone as it was about threat perception. Both of them will return to Pakistan on Friday.

The ICC made the decision following Monday's incident in Mumbai where Shiv Sena activists stormed the Board of Control for Cricket in India (BCCI) headquarters and threatened to prevent the umpire from standing in the fifth ODI on Sunday.

Aleem, a member of the Elite Panel of ICC Umpires, had officiated in the first three One-Day Internationals (ODIs) and was also scheduled to umpire in the fourth and fifth ODIs in Chennai and Mumbai on 22 and 25 October, respectively.

"Under the present circumstances, it will be unreasonable to expect from Aleem that he will be able to perform his duties to the best of his abilities. As such, he has been withdrawn and his replacement will be announced in due course," an ICC spokesman said.