JUI-F withdraws from talks with govt on protest march 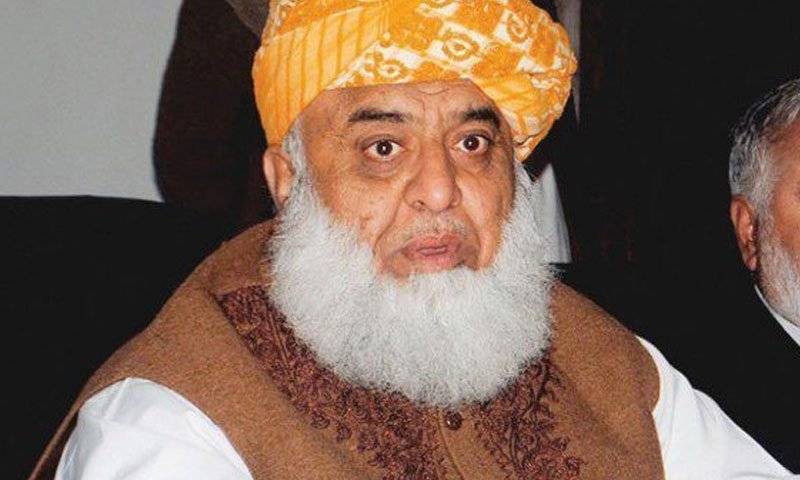 ISLAMABAD - The Jamiat-e-Ulema-Fazl (JUI-F) Sunday withdrew from talks with the Pakistan Tehreek-i-Insaf government that were due to take place tonight.

JUI-Fs Abdul Ghafoor Haideri and Senate Chairman Sadiq Sanjari were scheduled to meet to discuss the former's planned protest march against the government.

A decision to hold talks with the government will now be made by the Rahbar Committee, while the meeting of the body would be held on October 22.

JUI-F Chief Maulana Fazlur Rehman, according to a news channel, decided to hand over the decision of negotiation with the government with Rahbar Committee after talks with opposition leaders.

Speaking to Geo News, Haideri confirmed the withdrawal from talks between the JUI-F and the government.

“We have informed Sadiq Sanjrani about the cancellation of the meeting,” Haideri said. “We are hopeful Sadiq Sanjrai will soon contact the Rahbar Committee.’

The defence minister said the government had already constituted a reconciliation committee comprising senior politicians from Pakistan Tehreek-e-Insaf and allied parties to hold negotiations with the JUI-F for peaceful resolution of their demands.

He said the government had unveiled all its cards for negotiation process and was expecting Maulana to join the talks to strengthen democratic process in the country.

The minister said the peaceful protest was constitutional right of every political party and urged Maulana Fazlur Rehman to disclose his legal demands before the government for their amicable solutions.

He said the JUI-F chief should refrain from launching so-called Azadi March and warned that strict action would be taken if protestors damaged the public property.

Pervaiz urged all the political parties to develop unified stance on Kashmir cause, instead of holding demonstration that would ruin the national economy.

Pervez Khattak said Maulana Fazlur Rehman should come to the table if he was a democratic person. Otherwise, his Azadi March would be considered as a conspiracy against the country.