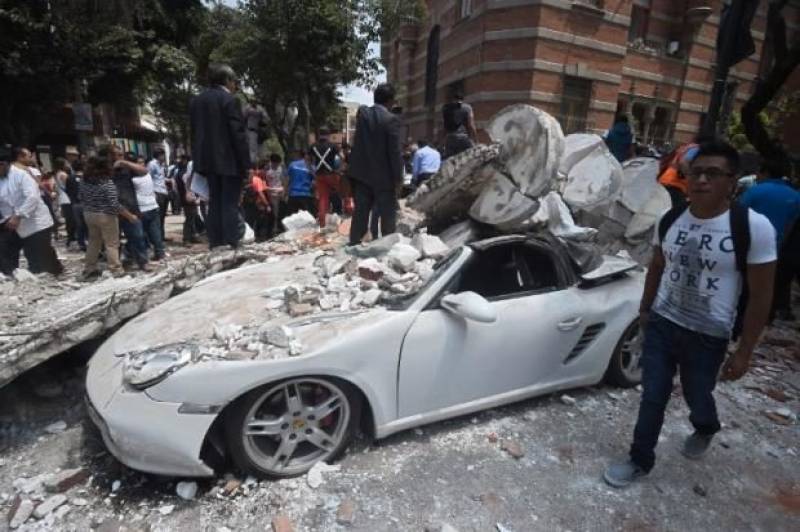 MEXICO CITY - At least 250 people were killed and several buildings collapsed when a strong earthquake struck central Mexico on Tuesday.

President Enrique Peña Nieto said more than 20 children had died, while 30 were missing after a school building toppled.

The USGS has given an “orange alert”, warning of “significant” shaking-related fatalities of up to about 1,000 people are likely. Most deaths have been reported in Puebla, Morelos and Mexico states, and Mexico City, the capital.

It has issued a “red alert” for the earthquake’s likely economic impact. 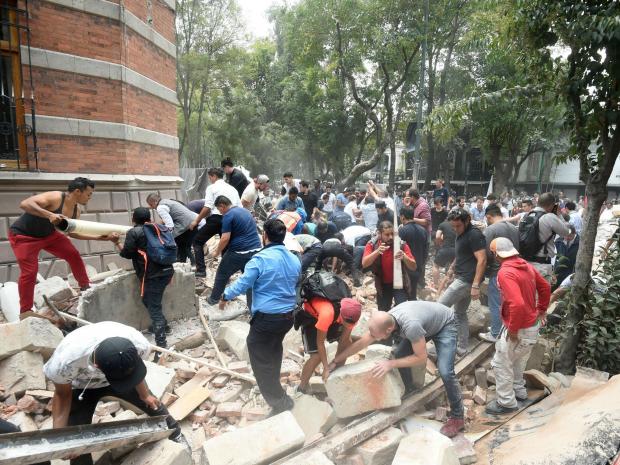 The capital's airport suspended operations after the 7.1 magnitude quake, and buildings across the city were evacuated.

My prayers and thoughts for those affected by today’s earthquake #Mexico My God keep everyone safe.Ameen#mexicoearthquake pic.twitter.com/RgZ36w5kHA

People were feared trapped under the rubble of collapsed buildings as rescue teams rushed to the hardest-hit areas.

This looks bad.. Thoughts and prayers to all victims in Mexico City Following the 7.1 Magnitude Earthquake ??pic.twitter.com/ZwZl1fWZSj

Tuesday's earthquake came less than two weeks after another strong 8.1 magnitude quake left 90 dead in the country's south, and it occurred as Mexicans commemorated the anniversary of a 1985 quake that killed over 10,000 people.

The epicentre of the quake was next to Atencingo in Puebla state, some 120km (75 miles) from Mexico City, with a depth of 51km, the US Geological Survey said.

Terrifying video of the #Earthquake in Mexico City #PrayForMexico pic.twitter.com/W1ogH1HrzK

The highest death toll was in the state of Morelas, where at least 64 people have died. Another 36 deaths have been reported in Mexico City, at least nine in neighbouring Mexico state, and 29 in the state of Puebla to the south.

Phone lines were down in parts of the capital, and 3.8 million people were without power in affected areas.

US President Donald Trump tweeted: "God bless the people of Mexico City. We are with you and will be there for you."

God bless the people of Mexico City. We are with you and will be there for you.

Devastating news from Mexico City. My thoughts are with those affected by today’s earthquake - Canada will be ready to help our friends.

Calling the quake in central Mexico “devastating,” Trudeau said on Twitter that his thoughts are with those affected by the disaster.