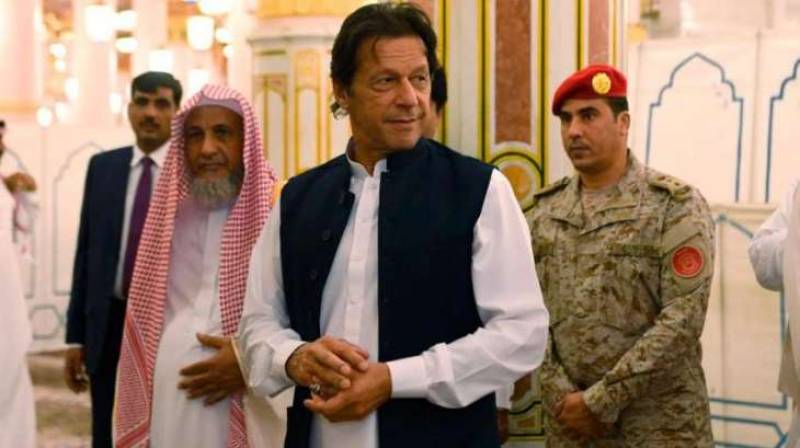 MAKKAH - Prime Minister Imran Khan along with his delegation has performed Umrah in Makkah.

According to media details, PM Imran, Foreign Minister Shah Mehmood Qureshi and the delegation were bestowed with the opportunity of going inside Holy Kaaba after the doors of the Holy Kaaba were opened for the Pakistani delegation.

PM Imran along with the delegation prayed for Pakistan, Kashmiri bothers, and the Muslim world.

The delegation, under the leadership of Prime Minister Imran Khan, will offer Jumma prayers at Al-Masjid-al-Haram (The Holy Mosque) in Makkah.

The premier and his delegation will reach Madina today (Friday) to pay respect at Roza-e-Rasool (S.A.W), where they will also offer Nawafil at Masjid-e-Nabvi (PBUH).

The prime minister is in Jeddah for a two-day official visit to Saudi Arabia, ahead of his trip to New York for the 74th Session of the United Nations General Assembly.

He was received by Makkah Governor Khalid Al-Faisal at the Jeddah Royal Terminal.

According to a statement issued by the Foreign Office Spokesperson Dr Muhammad Faisal, the prime minister has been in regular contact on the Kashmir issue with Crown Prince Mohamed bin Salman.