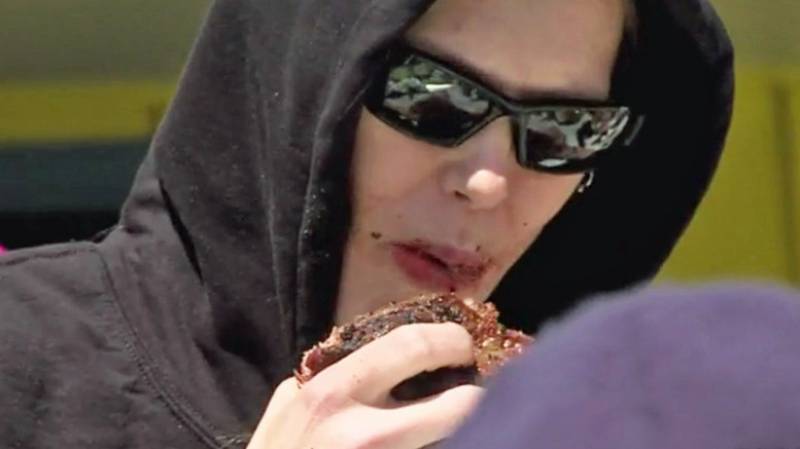 AMARILLO (Web Desk) - A California woman broke her own world record by eating three steak dinners - 13.5 pounds of steak plus sides - in less than 20 minutes at a Texas event.

Competitive eater Molly Schuyler, a 124-pound mother of four, downed three 72-ounce steak dinners, which each came with a baked potato, a shrimp cocktail and a side salad, to take the top spot at the The Big Texan Steak Ranch's Big Texas Steak Challenge in Amarillo.

Schuyler downed two of the meals in less than 15 minutes last year, so the restaurant gathered four teams of two people to face off against Schuyler, who ate solo. Schuyler came in first, with a finish of less than 20 minutes.

"They would have had to eat their half in like four minutes," Schuyler told the Amarillo Globe-News of her competitors. "If you're not used to doing this, four minutes is hard."

The eatery said Schuyler set a world record last year when she finished her first steak dinner in 4 minutes, 58 seconds, and she broke her own record by finishing off her first meal in 4 minutes, 18 seconds.

"I come in thinking I'm going to fail, but you know if I win it's a lovely parting gift and that's cool. I also get free steak so I don't really lose," she told KFDA-TV.

Organisers of the competition said Schuyler's feat will be submitted to Guinness World Records.