Microsoft to launch first flagship store outside US in Sydney 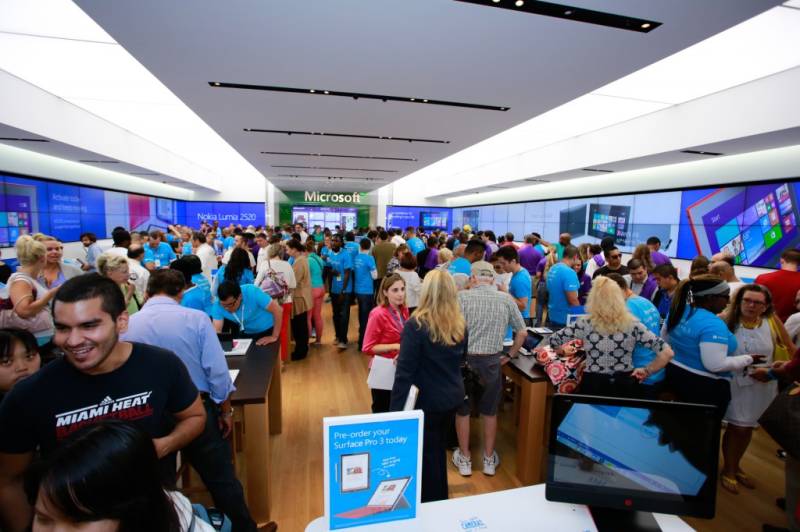 SYDNEY (APP) - Microsoft on Tuesday said it will open its first flagship store outside the United States in Sydney, as the technology giant expands its physical footprint to take on global rivals Apple and Samsung.

"This is a significant development for our business locally as well as globally," Marlow said in a statement on the company's website.

"This will be much more than a store. It will embody the world class innovation that you have come to expect from Microsoft and be a space where consumers can visit and learn how to make the most of their technology." A flagship store is commonly seen as a way for firms to showcase their brand's products and have more recently been adopted by technology companies keen to establish direct contact with their customers in large, downtown outlets.

The store will be just several hundred metres from Apple's flagship shop and a Samsung outlet, and will reportedly take up 581 square metres (6,254 square feet) over two floors.

Marlow did not say when it would open but The Australian Financial Review said it would be in time to capture the busy Christmas shopping period. The Redmond, Washington-based company announced last year its first flagship store would be on Fifth Avenue in New York.

The firm has 110 physical stores in the US, Canada and Puerto Rico and 17 store-in-store locations in China. Along with the flagship shops, they are a reflection of Microsoft's push towards a more visible presence.

Apple said in March it has 453 physical stores in 16 countries. Microsoft is seeking to take on the mobile operating systems space dominated by Apple's iOS and Google's Android. The Windows operating system for PCs, which was launched in the 1990s, has been a cash cow for Microsoft, but the platform is lagging in mobile.

Microsoft has also launched its own mobile devices such as Surface tablets and Lumia smartphones.