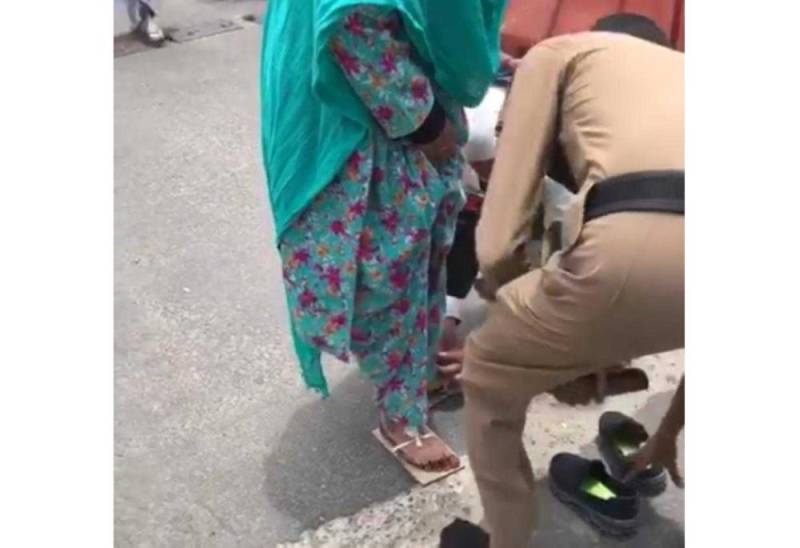 MECCA - A Saudi policeman earned widespread praise on social media as he offered his shoes to a woman pilgrim, who was in dire need of the accessory.

The hero cop saw an old shoeless woman who was suffering the impact of the heat and was being offered the shoes made out of a cardboard, however, in a gesture of kindness, he put off his own shoes and offered it to the woman.

Kindness towards #Hajj pilgrims: A woman lost her sandals so temporary footwear was made for her out of cardboard so that she could walk in the heat. A police officer noticed this and offered her his own shoes. pic.twitter.com/esL2RNyES2

Saudi Arabia has welcomed over one and a half million Muslims on the eve of the Hajj this year and the humanitarian scene was recorded during the same event.

Due to scorching sun, many of the Muslims find it difficult to roam around the holiest cities and without any cover or shoes, the journey becomes next to impossible, though with kind-hearted staff, like the policeman, the pilgrimage becomes comfortable and smooth.