"Don't you seek input from Pentagon and CIA?" FM responds to probing question by foreign journalist 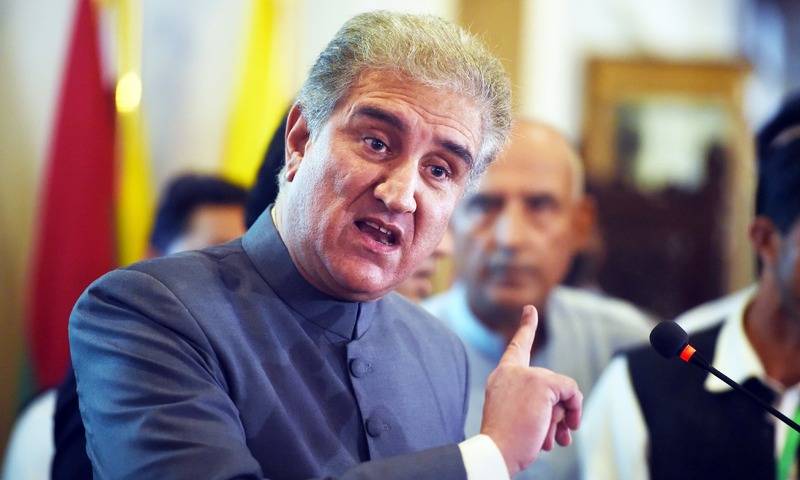 ISLAMABAD - Shah Mehmood Qureshi, the new foreign minister of Pakistan, gave a befitting response when he faced a sharp question regarding the formulation of the country's future foreign policy by a foreign journalist.

Qureshi, during his maiden presser at the Foreign Office on Monday, was asked by the journalist if Pakistan's foreign policy will be made by the army, an impression that has been prevailing in some segments of the society.

The newly appointed minister replied, "Let me make it clear to you sir, the foreign policy of Pakistan will be made here at the Foreign Office," rejecting the impression of any interference of the security forces.

However, he maintained that input from the country's security institutions will be taken as it is the policy across the world.

"I will not shy of that and I will engage all institutions for the betterment of my country," he said, asserting that Pakistan first is my policy.

"When policies are formulated in the US, Don't you seek input from Pentagon and CIA - America's top security departments," Qureshi replied.

Referring to the involvement of the US security institutions in the policy-making process, he said: "I have also dealt with the strategy reviews that undertaken by the Obama administration".

ISLAMABAD - The recently appointed Foreign Minister of Pakistan, Shah Mehmood Qureshi has outlined that there was no ...

The confident minister said, "I know how the system works" and concluded that all institutions will work together for Pakistan.