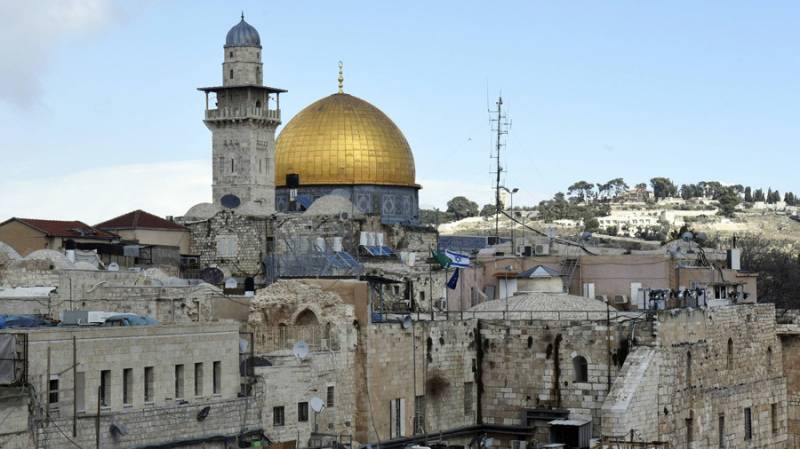 NEW YORK - The UN General Assembly has overwhelmingly adopted a resolution calling on the US to reverse its decision to recognise Jerusalem as the capital of Israel.

It was approved by 128 countries, with 35 abstaining from the vote and nine countries voting against.

It came after US President Donald Trump threatened to cut financial aid to those who backed the resolution.

Before the vote, the Palestinian foreign minister urged member states to reject "blackmail and intimidation".

Prior to the vote, Israel's Prime Minister Benjamin Netanyahu said it would reject the anticipated result "outright" and dismissed the UN a "house of lies".

The UN General Assembly (UNGA) is holding a rare emergency meeting on the US decision to recognize Jerusalem as Israel’s capital. The meeting is taking place at the request of Arab and Muslim nations.

Turkey, which has led the Muslim opposition to the US Jerusalem declaration, was among the first to speak at the meeting. Turkish Foreign Minister Mevlut Cavusoglu stressed that only a two-state solution and sticking to the 1967 borders can be a foundation for a lasting peace between Israel and Palestine. The minister said that since Jerusalem is the cradle for the “three monotheistic religions,” all of humanity should come together to preserve the status quo.

“The recent decision of a UN member state to recognize Jerusalem as the capital of Israel violates the international law, including all relevant UN resolutions. This decision is an outrageous assault on all universal values,” Cavusoglu said.

US envoy to the UN Nikki Haley said that whatever decision is made by the UNGA, it will not influence Washington’s decision to recognize Jerusalem as the capital of Israel. Haley reminded UN members of the US’ generous contributions to the organization and said that the United States expects its will to be respected in return.

“When we make a generous contribution to the UN, we also have a legitimate expectation that our goodwill is recognized and respected,” Haley said, adding that the vote will be “remembered” by the US and “make a difference on how the Americans look at the UN.”

Israeli envoy to the UN Danny Danon stated that Israel considers Jerusalem its capital, dating back to Biblical times, and the US decision only outlines the obvious. Danon went further and accused the UN of “double standards” and an “unbreakable bond of hypocrisy” with Palestine and prejudice against Israel.

“Those who support today’s resolution are like puppets. You’re puppets pulled by the strings of your Palestinian puppet masters. You’re like marionettes forced to dance, while the Palestinian leadership looks on with glee,” Danon told the gathering.

WASHINGTON - President Donald Trump has threatened to cut aid to UN member states who vote against the US at the ...