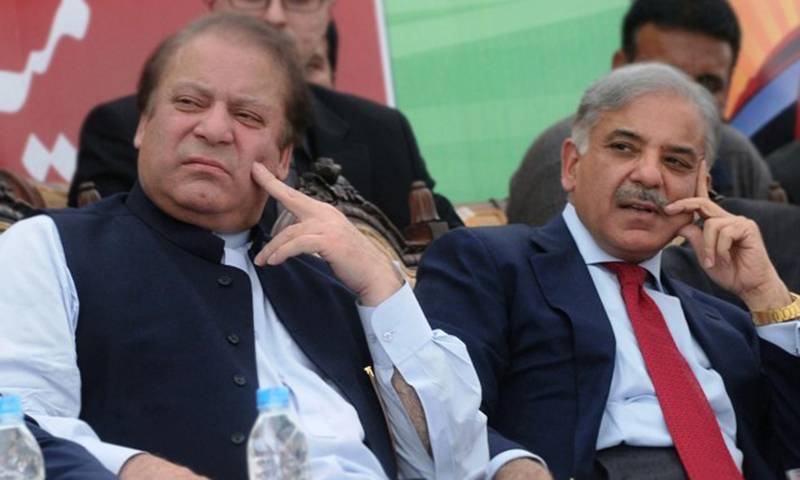 ISLAMABAD (Staff Report) - The National Accountability Bureau (NAB) has decided to begin investigation against almost 50 important PML-N leaders from Punjab, according to the news agency Online.

These PML-N leaders include Punjab Governor Rafiq Rajwana as well as many members of Sharif family.

Sources in bureau told Online that Punjab Chief Minister Mian Shahbaz Sharif and other powerful personalities of the ruling party in the province have the charges of making assets beyond their source of income, misappropriating the authority, land grabbing and munching the public funds.

According to NAB sources, Governor Rajwana embezzled almost one billion rupees in the land purchase for the Bahauddin Zakriya University Lahore campus, when he was legal advisor of the university.

The bureau has already held his two cohorts in the scam including former vice chancellor and ex registrar of the university as they were at helm of affairs at that time.

The key members of Sharif family including CM Shahbaz, his sons Hamza Shahbaz and Salman Shahbaz as well as other directors of Ramzan Sugar Mills have the charges to build illicit assets, leasing the public land for their own business and stealing of funds in the construction of bridge on River Chenab, which was made with the funds Municipal Committee Chiniot.

It has also been decided to instigate probe against Deputy Speaker Punjab Assembly Akhtar Gorchani for capturing the state land. Whereas the investigation against former provincial minister prisons and IG Prisons for providing substandard food to the inmates in the province  as Rs3 billion was allocated for the purpose.

The NAB has pending enquires against provincial ministers Rana Sana Ullah and Rana Mashood for making illegal assets, misuse of power and assimilating the  public money.

It is also very much possible that the investigation against MNAs Rana Ishaq, Iftikhar Shah and MPA Sardar Asif Nakai for corruption.

According to the Online report, there are also pending probes in NAB against corruption of MPA Waris Khakoo and owner of Hussnain Construction Company Rashida Yaqoob.

The investigation may also be kicked off against former MNA Hanif Abbasi in the massive corruption scandal in the Metro Bus Project Rawalpindi and MD of Orange Train Service Lahore.

The corruption cases against the top bureaucracy of Punjab, which are pending for last many years, would also be concluded in logical ending whereas the investigation against Prime Minister Nawaz Sharif and CM Punjab Shahbaz Sharif has also been completed, the sources said.

NAB has also completed the probe into the procurement of petrol for police costing to Rs650 million and high-ups of the department may also be included in the investigation, the sources added.