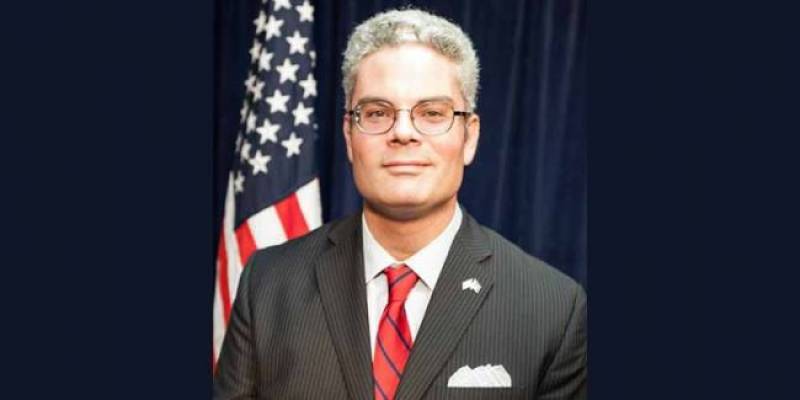 LAHORE (APP) - US Consul General to Lahore Zachary Harkenrider has said Pakistan has a bright future ahead and all efforts of the US Mission were dedicated towards a stable, peaceful and prosperous Pakistan.

"I am confident Pakistan will find a path to the current security issues, achieve economic growth and prosperity shortly", he said in an exclusive interview with the APP here on Sunday.

The Consul General talked at length about the US cooperation on the energy, economic, agriculture, education, science and technology, health fronts besides sports and cultural initiatives of the US Consulate in Lahore to strengthen ties between the two countries with special focus on the province of the Punjab.

Harkenrider said Punjab government under Muhammad Shehbaz Sharif was doing a splendid job as it had achieved marvellous success on the energy, economic, education, infrastructure fronts besides sports and culture, adding that the US consulate in Lahore and the USAID had collaborated with the Punjab government to provide assistance in the education, energy and agriculture sectors.

To a question, the US diplomat said the consulate had taken initiatives to enhance the business ties between the Punjab and US, adding that the US consulate has been working extensively through the chambers of Commerce of Industry and business community to identify opportunities for Pakistani and

Punjabi businesses to establish strong business ties with the US, partner with the US firms and sell the Pakistani products in the US markets.

The US diplomat said the Lahore consulate, since its establishment in 1947, also serves as a bridge to foster Pak-US diplomatic relations and ensures that the Islamabad and the Washington are kept abreast of the ground realities, adding that the policies are shaped and formed by the views of our interlocutors at the provincial level.

About the US assistance in the energy sector, Harkenrider said the US investments in the energy sector have increased a great deal during the past 7 years and the US government has added 1700 MW electricity to the national grid. He said the USAID has restored the capacity of the thermal power plants in Guddu, Jamshoro and Muzaffargarh and enhanced the capacity of the existing hydro power facilities.

He said 22000 capacitors and electronic meter reading meters have been installed at the grid stations, adding that the unplanned load-shedding has been reduced by 94 percent due to the installation of

electronic control rooms in major cities with the USAID assistance which saved 157 million dollars to the distributing companies.

Talking about the initiatives in the education sector, the CG Harkenrider said five new faculties of education have been constructed in Punjab including Punjab University and University of Education, Lahore, Islamai Univeristy Bahawalpur, Bahauddin Zakria University Multan and Fatima Jinnah University Rawalpindi, adding that these would serve as venues to train future Pakistani teachers. He said a large number of scholarships have been offered to the students to study in the US while the largest number of scholars have availed the Fulbright scholarships from Pakistan.

He said 40000 acres of land has also been irrigated under the projects with technical assistance to the agriculture universities in the province. He said some 25000 youth have been provided employment under a program.

About other initiatives, Zachary said the US government supported the youth initiatives to empower the disadvantaged youth in some of the areas of the Southern Punjab and assisted in relaying football and cricket pitches in the province besides supporting the Punjab Youth Festival.

Zacharay made a special mention of the rich Punjabi culture, adding that he was impressed with the efforts to preserve the cultural heritage like the Shahi Hamam which shows Punjab has taken its culture seriously, adding that the US government was also supporting through the Ambassador's Fund to preserve the Alamgiri Gate nad the Masjid Wazir Khan Chowk - all these mouments are so richly steeped in history.

"If I was to show-case Pakistan's cultural heritage, I would take him/her to Cuckoo's Den which presents such a magnificent view of the Badshahi Mosque, Lahore", he added. He said cultural exchanges between the two countries was another aspect of the Pak-US relations, adding that the visit

of the Jazz group, playwrights and artistes provide opportunities to people-to-people contacts.

About the jazz performance of the Ari Roland Quartet alongside the Pakistani artist under the aegis of the US Consulate, he said such cultural exchanges are aimed at enhancing the people to people contact amongst the two countries.

To a question, he expressed his special liking for the Lahori food like the boneless chicken, Fried Fish, Palak Paneer (Spinach with Cheese), adding that the Lahorites had a special love for food round the year. Harkenrider made a special mention of the warmth, hospitality and large-heartedness of the people of Punjab, adding that love of food, entertainment and friendship are the qualities which connect the Punjabis and the Americans.

"Dining out is another common characteristic among our people, while the M.M.Alam Road market eateries were a replica of the US cities with every US city having similar markets" he added fondly.