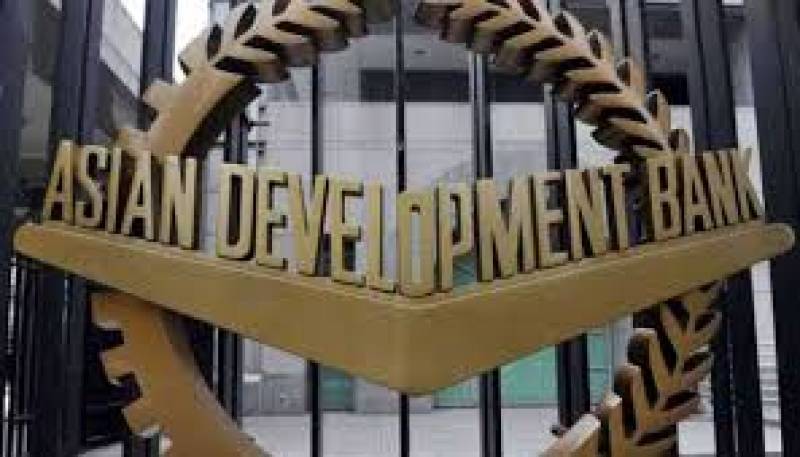 ISLAMABAD - The Asian Development Bank disbursed record $2.4 billion loans and grants, including $1.8 billion in programme lending and $634.3 million in project lending, to Pakistan during the year 2019.

The ADB provided $1.8 billion in policy-based loans, including $1billion in immediate budget support to shore up the country’s public finances and $500 million to improve trade competitiveness.

According to the data issued by the Bank, it also provided additional financing of $200 million to help support the Benazir Income Support Programme (BISP) — part of the government’s flagship Ehsas Poverty Alleviation Strategy, aimed at reducing inequality and investing in economically disadvantaged people.

The ADB approved a $235 million loan to Sindh in 2019 to help develop a bus rapid transit (BRT) system with innovative energy and climate resilience features in Karachi, Pakistan’s largest and most populated city. The Bank also approved a $75 million project to enhance secondary education in the Sindh province.

In agriculture, the ADB accorded approval for utilizing surplus loan proceeds of $21 million for a major change in scope of Trimmu and Panjnad barrages, adding Islam Barrage, while work on Jalalpur Irrigation Project was initiated with $275 million financing.

During the year 2019, the ADB also approved a grant of $5.1 million for enhancing Punjab technology based agriculture and marketing, market development and preparing Kurram Tangi Integrated Water Resources Development Project.

In 2019, the ADB committed a $75 million loan to widen and upgrade 4 2 kilometers of the busy Mardan–Swabi road in the Khyber Pakhtunkhwa province.

During the corresponding period, the ADB successfully completed the Flood Emergency Reconstruction and Resilience Project, under which 1,740 km of provincial highways and districts roads were rehabilitated and repaired in 20 flood affected districts of Punjab.

The project also rehabilitated 90% of the flood protection infrastructure. Two new flood protection bunds are built along both banks of the Jhelum River with a cumulative length of about 7,300 meters.

The ADB is also actively supporting Public Private Partnership initiatives of the provinces and the Federal Government to support the delivery of public infrastructure with private sector participation, along with development of effective fiscal risk management functions.

Furthermore the ADB is implementing two loans of $100 million each for the provinces of Sindh and Punjab, with a co-financing grant from DFID, Government of the United Kingdom.

The projects are supporting PPPs in the provinces by augmenting the resources for Project Development Facility and Viability Gap Funding to structure and develop more viable PPP projects that offer value-for-money.

In 2019, the ADB helped complete the125 kilometers Motorway M4 (Gojra-Khanewal section). The ADB-administered M4 project was co-financed with Asian Infrastructure and Investment Bank (AIIB), alongside grant co-financing from DFID. This was AIIB’s first ever project.

The ADB secured financing of $49 million ($37 million loan and $12 million grant) from the Green Climate Fund — supplementing a proposed loan of $435 million; $235 million was from ADB and $100 million each from the Asian Infrastructure Investment Bank (AIIB) and Agence Française de Développement — to build a 26.6-km state-of-the-art BRT system in Karachi.

Commitments in non-sovereign operations funded by ordinary capital resources for the period 2007 to 2019 totaled $767 million, with $15 million committed in 2019.

A $15 million loan to Kashf Foundation was signed in August for the Expanding Access to Credit for Women Project.

The funding will support Kashf Foundation’s lending to low-income women, female micro- and small entrepreneurs and lowcost schools in Pakistan.

ADB’s Trade Finance Program (TFP) fills market gaps by providing guarantees and loans through partner banks in support of trade. In Pakistan, the TFP works with 13 banks and has supported $16.03 billion in trade and 5,159 transactions as of November 2019 – 52.9% of the $16.03 billion was co-financed by the private sector.

The Supply Chain Finance Program has supported $0.88 million in trade over 5 transactions as of November in Pakistan and mobilized $0.44 million in co-financing.