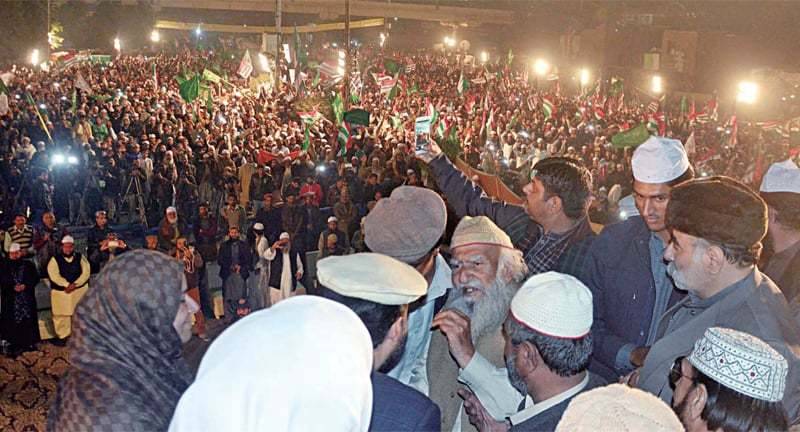 LAHORE - Spiritual leader Pir Hameeduddin Sialvi on Saturday night gave seven-day deadline to the government to impose Sharia in the country and warned in case of failure the protest would spread in streets.

"He said that government should pave the way for the imposition of Sharia in seven days and if it failed to abide our demands the protests would be staged in streets and roads across the country," the 82-year-old leader announced while addressing to a Khatm-e-Nubowat, Finality of Prophet, conference at Data Darbar in Lahore.

Reiterating is the demand for resignation of the minister, he appealed the Ulema, religious scholars, should not vote to PML-N in next election and only cast their vote in favour of Ghulaman-e-Rasul.

Hazrat Pir Khwaja Hameeduddin Sialvi is a spiritual leader and politician based in Sial Sharif, Sargodha. His family belongs to Barelvi movement. He was a member of Senate from March 1988 to March 1991.