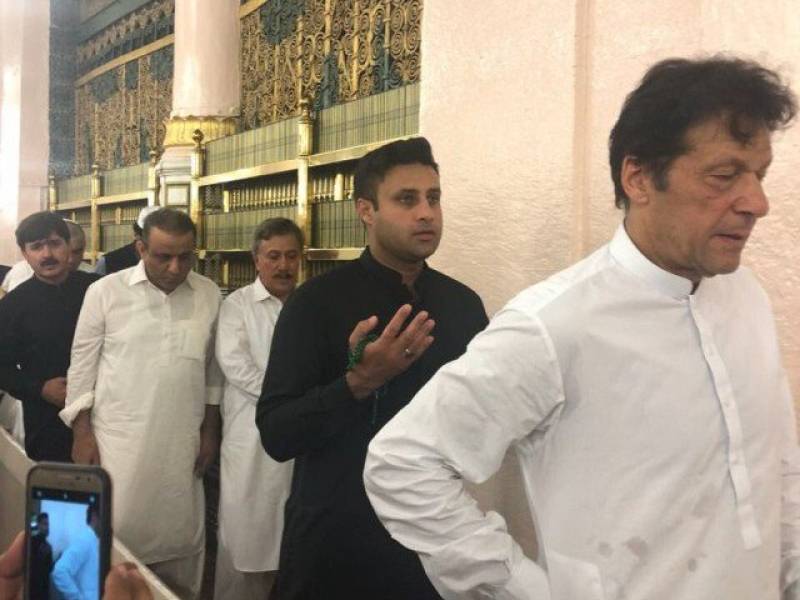 ISLAMABAD - Caretaker Interior Minister Azam Khan briefed Senate committee on Thursday about a case pertaining to the removal of the name of Imran Khan's close aid Zulfi Bukhari from the blacklist.

Azam admitted that he granted permission to Zulfi Bukhari to travel abroad rejecting the speculation that PTI chief Imran Khan had made a telephone call to him for removing Bukhari’s name from the blacklist.

The interior minister told the Senate Standing Committee on Interior that Bukhari asked for a one-time permission to travel abroad, which was granted.

Azam said he was informed by the interior secretary that Bukhari wanted to travel to Saudi Arabia on religious pilgrimage with PTI chairman Imran Khan, but was stopped from leaving the country due to his name being on the blacklist.

'The interior secretary further told me that Bukhari had submitted an affidavit stating that he would return to Pakistan,' Azam said and added that he granted permission to the British businessman to travel for six days.

He further told the committee that NAB is probing a case pertaining to offshore companies against Bukhari.

The security czar continued that NAB had requested to place Bukhari's name on ECL adding that his name was placed on the blacklist in the absence of a cabinet committee so that he would not leave the country.

The Islamabad High Court (IHC) directed the close friend of Pakistan Tehreek-e-Insaf chief Imran Khan, Syed Zulfikar Bukhari to join an ongoing probe against him by the National Accountability Bureau.