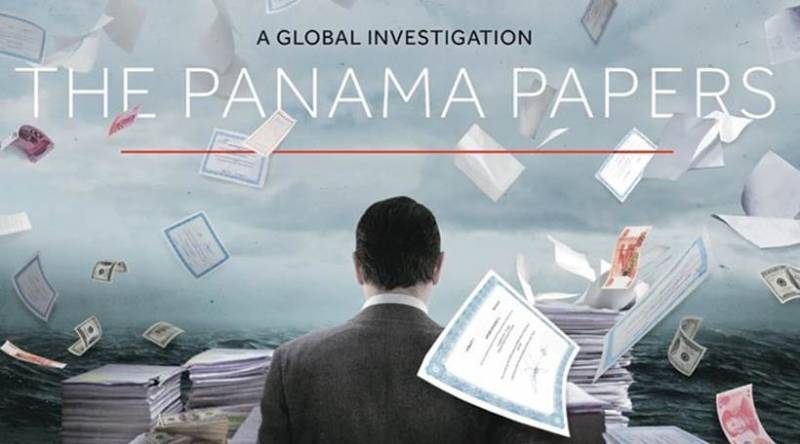 LONDON - A fresh batch of leaked documents of Panamanian law firm, Mossack Fonseca, has revealed how deep-pocketed Pakistanis were in panic after the release of Panama Papers, prompting them to change their plans of stashing wealth offshore fearing another leak.

The fresh leak comprises 1.2 million documents which date from a few months before April 2016 to December 2017.

The documents were leaked to Munich-based Süddeutsche Zeitung, which shared them with International Consortium of Investigative Journalists (ICIJ) - a firm that is credited for investigating and releasing the earlier trove of documents.

LAHORE (Staff Report) - The world is in shock after exploring a tiny fraction of Panama Papers, 2.6 ...

The new leak reveals how the embattled law firm Mossack Fonseca struggled hard to contain the repercussions of the leak and identify its own clients as a couple of months after the breach, it was unable to identify owners of more than 70 percent of 28,500 active companies in the British Virgin Islands and 75 percent of 10,500 active shell companies in Panama.

Though there are many global figures named in the fresh leak, Pakistani affluents have also been highlighted for their reservations regarding the privacy, in the backdrop of earlier leaks.

According to the fresh release investigated by ICIJ, Zaka Ashraf  who was nominated by Pakistan Peoples Party for interim prime minister and had been chairman of the Pakistan Cricket Board (PCB), abandoned the process of opening two accounts in Swiss banks through his two benami shell companies, after the Panama Papers scandal sent shock waves across the globe.

Names of Tavendish Engineering SA and Jeflian Investment SA were released earlier, however, Zaka was not identified as owner back then.

NEW YORK - Columbia University has selected the Panama Papers investigation, which was conducted by the International ...

Benami company had its Swiss bank account with Qayyum and his wife as signatories.

When contacted for his version a week before the release of Panama Papers on April 4, 2016, Qayyum said Fernbridge had been his client and he couldn’t disclose detail about the owner, Geo News report.

About his wife as co-signatory, he explained that the client required two signatories and he have a trusted backup signatory in such transaction.

The newly released documents include two letters dated April 6, 2016, issued by non-beneficial Panama-based directors of Fernbridge to declare that Qayyum was the legal representative of the company and that his wife was made signatory on his suggestion.

WASHINGTON - The International Consortium of Investigative Journalists (ICIJ) has released a database of around 13.4 ...

It was clearly mentioned in these “To Whom IT May Concern” letters that they have been issued on Qayyum’s request. A letter of his engagement with Fernbridge signed by directors is dated Aug 27, 2012.

Contrary to the letters, the email data in the leaked record shows that the drafts of above three letters were sent for signatures on April 7 and returned on April 11.

There is yet another signed letter dated April 14 wherein the shareholders and directors of Fernbridge approved Qayyum's removal as authorised signatory of the company.

Ironically, this letter was signed on April 13 and the record shows that the backdated documentation was carried out haphazardly out of Panama Papers panic.

Responding to this, Qayyum confirmed he was no more legal representative of the company but about Camberwell, he expressed ignorance.

Both of the companies are looked after by the so-called same board of directors which are appointed by the service providers.

There's a surprise link between the companies and the concerned officials in the dealings of Zaka Ashraf and Malik Qayyum.

The relationship manager dealing with Qayyum and the former PCB chairman accounts is the same person, Ahmed Tahir Butt.

Moreover, both former PCB chairman and former attorny general opened accounts in the name of their companies, in the same Swiss LGT bank.

Samina Durrani, the mother of former chief minister Shehbaz Sharif's wife,Tehmina Durrani, “gifted” one offshore company holding property in the UK to her son Asimullah Durrani, a few months after the release of Panama Papers.

In March 2016, Tehmina Durrani expressed ignorance of any property owned by her mother but as the story of Samina’s offshore companies made headlines, the process of gifting started completing on November 10, 2016.

Armani River Limited which has been gifted to Asad owns a property in the UK whose estimated value has been declared as one million pounds.

Source of funding for this property has been described as the saving of his late father, Shakirullah Durrani, former governor State Bank of Pakistan.

Star Precision’s described assets as per Panama Papers is cash as the investment portfolio.

'We are also holding 1,165,238 shares in Orix Leasing Pakistan Limited,' stated the owner.

A Pakistani banker in the Middle East, Saleem Sheikh, was found seeking an explanation from the law firm about the initiatives taken to prevent any embarrassment in future through another leak.

Instead of replying to this concern, Mossack Fonseca served him notice in April 2017 together with other Pakistani passport holders having companies in British Virgin Islands.

The notice addressed them to change their registered agent as “an administrative decision has been taken to resign as registered agent/office for companies with links to high-risk countries.”