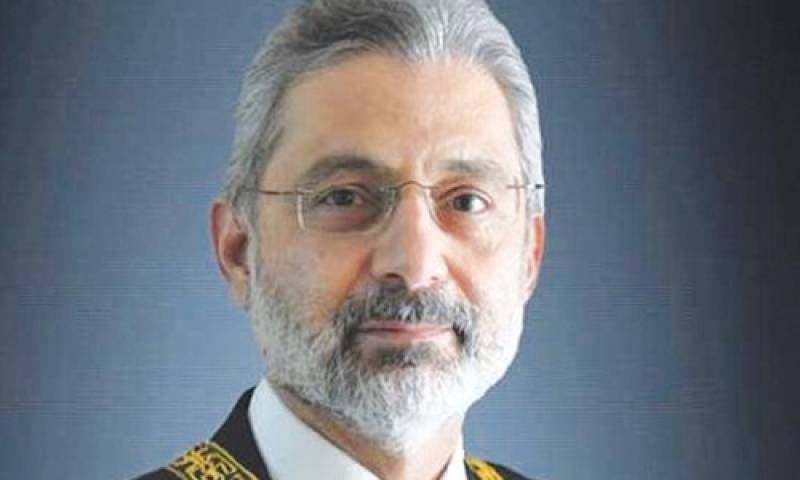 ISLAMABAD – In what appeared to be a support to deposed prime minister Nawaz Sharif’s stance regarding Panamagate verdict, Supreme Court Judge Justice Qazi Faez Isa wondered how a disqualification can be done on the basis of Iqama (work permit) when a case is about properties in London.

He questioned whether the verdict served in the Panama Papers case would be applicable to any errors made by the lawmakers in the asset details while filing their nomination papers, adding whether they would be sent packing on it.

After his disqualification, Nawaz Sharif has been raised objection on the verdict publicly, stating that he was disqualified on the basis of a salary, which he was not receiving.

Justice Isa, who had already raised questions over the verdict that led to the disqualification of Nawaz Sharif, further asked whether the Panamagate verdict would apply to all cases, adding that the principle of strict liability had not been laid down in this case.

Highlighting a legal aspect, he said that was not discussed in the judgment whether the accused concealed the assets mistakenly or intentionally, the Express Tribune reported.

There was a need to scrutinize the objective if there was a problem, the judge said, adding that if the error was not used for taking benefit by someone, then it could not be perceived as mala fide.

According to the Panamagate verdict, anyone who filed asset details with an error was liable to be disqualified; he observed disqualification in the case was made on a simple error. He added that contesting election had become tougher.

Justice Azmat Saeed, who was a member of the bench in the Panama case, said lawmaker would be declared disqualified for concealing his asset. He added that there may also be considered that whether the error was done intentionally or intentionally.

To which, Justice Isa observed that intention has not been examined in the Panama case. Upon this, Justice Saeed remarked every case was different to other as in the Panamagate case no one has confessed to the error but in the current case the AML chief has admitted it.

He said if the court dealt with Sheikh Rasheed’s error strictly, then he could not be sent packing.

Earlier, the Panamagate verdict was mentioned by PML-N leader Hanif Abbasi in disqualification cases against PTI leaders Imran Khan and Jahangir Khan Tareen. Eventually, Tareen was disqualified by the court.

Counsel for PML-N leader said that Rasheed in nomination papers for the 2013 general election declared to own 983 kanals of land but he possed 1,081 Kanals.

He said the AML chief showed the purchase of one Kanal of land in the Bahria Gold City worth over Rs10 million, adding that the actual price for the plot was over Rs48m at the time of booking. He also raised objections to his income.