PM Imran to attend important meeting in Beijing next Monday 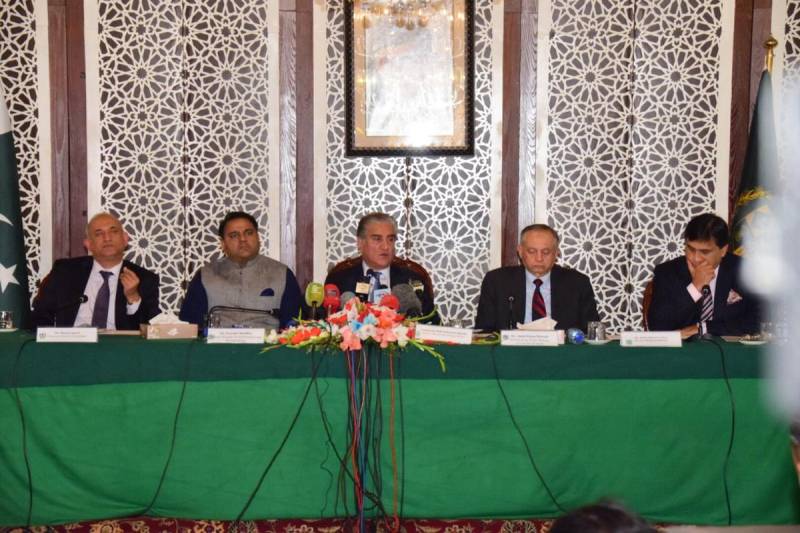 Addressing a media briefing at Foreign Office in Islamabad Thursday afternoon, Qureshi said the meeting will be attended by representatives of 36 countries and Pakistan will have a key role in it. He said Pakistan and China have always enjoyed good relations and in post Pulwama incident Beijing played a key role in defusing the situation.

Shah Mehmood Qureshi said the tragic incident of attacks on mosques in New Zealand resulted in martyrdom of fifty people, including nine Pakistanis. He appreciated the courage and bravery of Naeem Rashid who tried to save fellow Muslims by laying down his life.

“New Zealand is a very peaceful country and it gave a very good gesture and response in this crisis. The steps taken by New Zealand Prime Minister have been appreciated by all to increase interfaith harmony in her country,” Qureshi said, adding that Pakistan and Turkey have taken an initiative by convening an emergency meeting of OIC Executive Committee to discuss growing Islamophobia and to analyse the reasons for increasing hatred against Muslims in many European countries.

Qureshi said he will leave for Istanbul tonight to represent Pakistan in the meeting.

Turning to decision of National Investigation Agency Court of India in Samjhauta Express took everyone by surprise. The court acquitted four principle accused after 11 years. The decision is perplexing as Main accused Swami Aseemanand had himself confessed to be involved in this incident. Pakistan strongly protested on this development and gave a demarche to India. He said the world needs to take notice of duplicity of India.

Shah Mehmood Qureshi Pakistan has denounced the Indian condemnation on New Zealand incident as it is ambiguous in nature. It does not mention Muslims or mosque in the statement, he added.

Replying to a question, the minister said Pakistan has a very good working relationship with China on a host of issues. During his visit to China the stance of China regarding Maulana Masood Azhar was also discussed. He said details of UN Sanctions Committee are confidential and cannot be commented upon. He said Pakistan is aware of what the international community wants and what our national interests are. He said the issue cannot be seen in isolation and needs to be seen at a larger canvas.

Qureshi told another questioner that there is a complete consensus on National Action Plan and a 20-point agenda was agreed upon. He said the NAP was agreed and signed by all parliamentary leaders. He said many developments have taken place under the plan and law and order situation in the country has improved. He said he wrote letters to all political parties to meet for discussing the major national issues.

The minister said an act of aggression was committed against Pakistan on 26th of last month in which our Line of Control was violated and payload dropped near Balakot inside Pakistan. Highlighting that many forces are trying to isolate Pakistan internationally, Qureshi said it is a collective responsibility of all political parties to play their role in national interest.