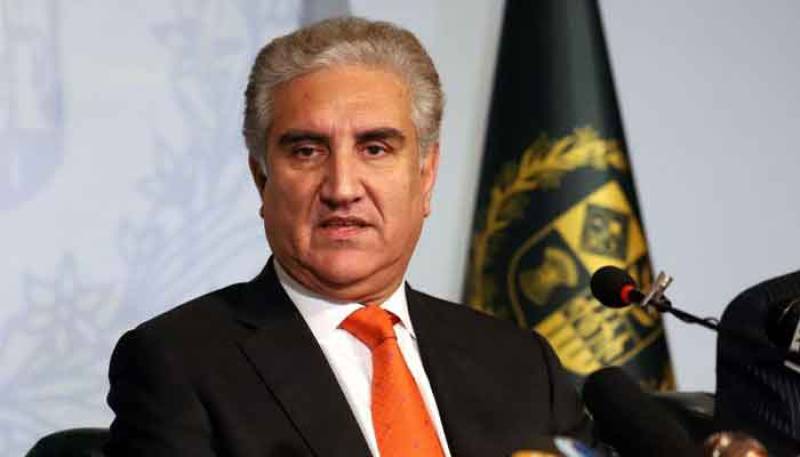 ISLAMABAD - Foreign Minister Shah Mehmood Qureshi has called upon India to come to the negotiating table with Pakistan for the sake of regional peace when a new government takes office in New Delhi after the general election, the Radio Pakistan reported.

Speaking on Pakistan Television, the foreign minister said that war which always brought destruction could not be considered as an option, particularly when both the countries are nuclear powers.

The minister regretted that Kashmir is burning as India is trying to suppress the voice of Kashmiris through the military presence and its black laws.

Qureshi, however, said that the voice of Kashmiris cannot be suppressed in this modern era of electronic media and the Internet.

Shah Mahmood Qureshi said the Europe Commission and the United Nations (UN) had categorically stated that Kashmiris were fighting for their right to self-determination.

He said Indian spy Kulbhushan Jadhav had confessed that he was involved in subversive activities in Pakistan. India wanted his release but he would be tried according to Pakistan's laws.