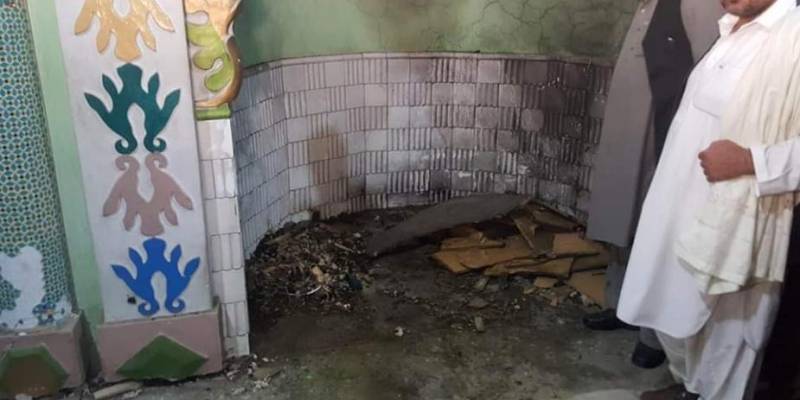 QUETTA - At least nine worshippers were injured when a bomb planted in the Mehrab of Jamia Mosque in Chaman area of Killa Abdullah district blasted Wednesday evening.

According to police sources, the blast occurred when the people were offering Maghrib (evening) prayer.

The prayer leader (imam or khateeb) of the mosque was among those were rushed to Civil Hospital Chaman for medical treatment where a state of emergency has been imposed.

The mosque is located on Taj Road in Chaman, which lies near the Pakistan-Afghanistan border.

A video shared on Twitter appeared to show the damage caused by the explosion in the mosque.

At least 10 injured including the Imam leading Maghreb prayers in a mosque in Chaman, #Balochistan. Initials details show that the explosives went off in the Mehrab of the mosque. pic.twitter.com/uqhx85DMhh

Officials of police and other law enforcement agencies rushed to the site and cordoned off the entire area. No group has so far claimed responsibility for the attack.

The incident comes on a day when Eid Miladun Nabi is being celebrated across the country amid strict security.

This story will be updated in case of new information.